Broadband Quality: Think before you complain 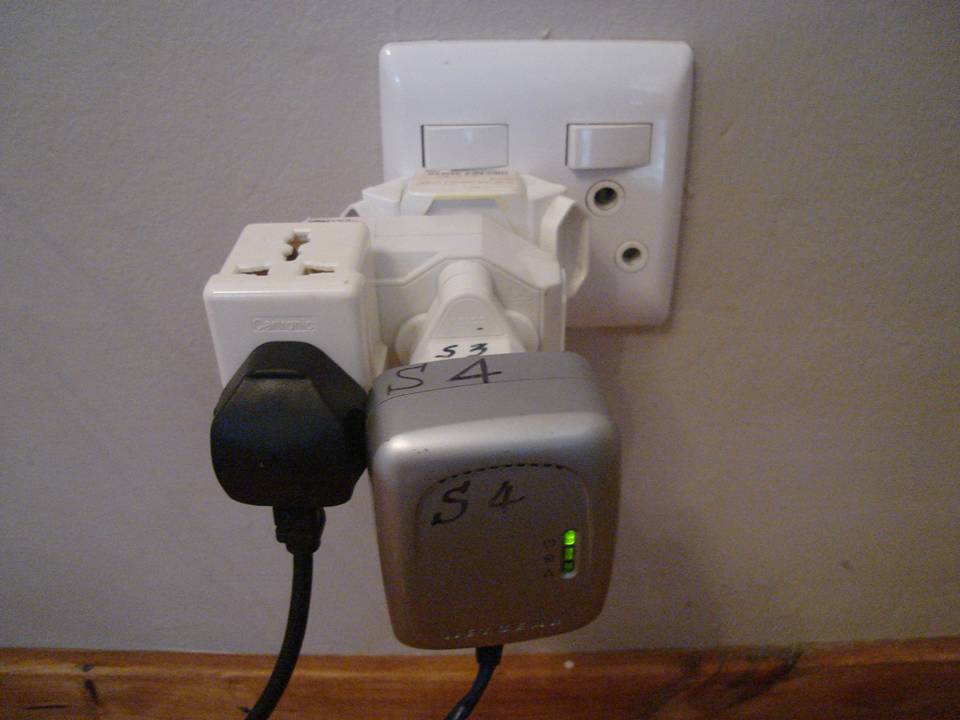 Unsatisfied broadband users added flavor to both our Public Seminar and Mobile Broadband QoSE workshop. That included university students prevented access during the residential peak to Wi-Max subscribers experiencing 20% of the promised speed – even with perfect LoS (Line of Sight).

Such complaints are common and not limited to Sri Lanka. From Indonesia to India and from Bangladesh to Philippines we find broadband users rant not receiving the promised. We empathise with them, but this hardly an Asian or a developing world issue. The conditions elsewhere can be worse.

The weird arrangement above is an attempt by a Guest House in Johannesburg, South Africa to provide me Internet access. They still failed. It was in a way good, because I was told the quality was poor and even a simple task like accessing e-mails a nightmare sometimes.

According to CIA’s World Fact Book, South Africa is a middle-income, emerging market with an abundant supply of natural resources; well-developed financial, legal, communications, energy, and transport sectors; a stock exchange that is 17th largest in the world; and modern infrastructure supporting an efficient distribution of goods to major urban centers throughout the region. Either broadband quality does not stand to its other achievements or this is an isolated issue.

LIRNEasia, with the assistance of its research partners there, intends to extend its broadband benchmarking to Africa. More stories are in pipeline, when we have test results in few months.