Mission Statement of Sri Lanka’s Pornographic Monitoring Committee: “STRAIGHT OR GAY, WE WATCH THEM ALL!” 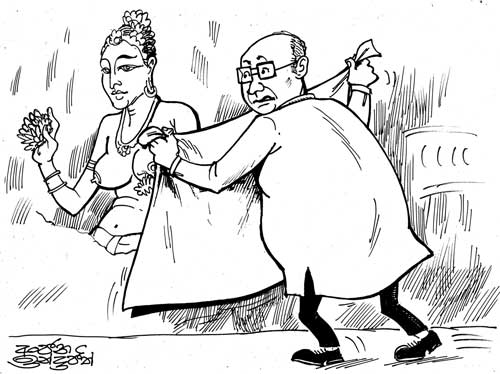 While congratulating the newly appointed Chairman and his proud family (“Amma, you are never going to believe this! Hubby is now getting paid for watching nude girls”) we, in our own humble manner like to suggest a mission statement. (above)

The Sri Lanka Telecommunications Regulatory Commission has appointed a monitoring committee to be on the alert for pornographic websites in the island.

The TRC had said that telephone and internet services companies have agreed to be constantly on the alert for pornographic websites and to control access to them in the island, with twelve such websites already having been banned.

Director General of the T.R.C. Priyantha Kariyapperuma had said to a state radio channel today, that a monitoring committee has been appointed in this regard and that the members of the committee are expected to be vigilant on such websites and submit recommendation to the commission accordingly.

The commission however had also requested parents to be more aware and inquisitive about their children and their access to the internet.