Divakara Goswami (Chair): I’m at Deloitte and we try to find the ROI on our research. One thing we’ve found that works is doing a survey on our research. The question that I have for you is, what is the research LIRNEasia has done that can be useful to you? 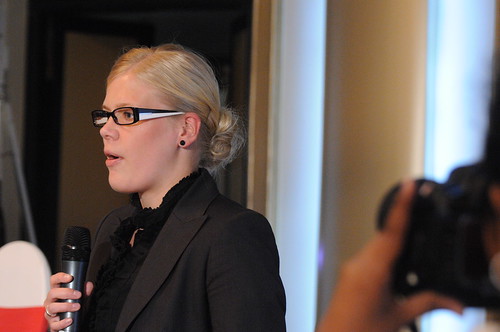 I’m Sanna Eskelinen from Nokia, Emerging Markets. I think it is easy for me because Rohan thinks about making himself redundant. I think I have done it because I saw Tim Kelly show our data in a slide.

If we think about this in 2015, what are the mobile services and solutions you would like to see there? What are we striving for. If I think myself, I think that in 2015 we’ll all hold really intelligent devices connected to this huge data cloud. These devices are also connected to intelligent services. They’re able to provide time, location and context related services.

Even our cheapest phone (the Nokia 1280) is more than a phone. It is a tool to connect, and there are services available, like LifeTools . [shows video] 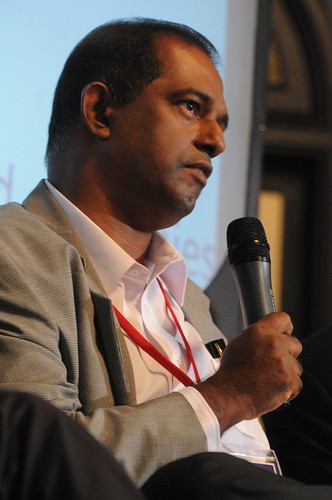 Dumindra Ratnayake (Tigo): I’ve been quite a fan of this bottom of the pyramid research. It’s not the financial crisis and it’s not temporary. All operators in the country are in red, including Sri Lanka Telecom. I think this is because policy makers don’t understand the reality, but we have one too many operators. There is a model where we can bring the price down such that the bottom is served. Today 76% of my base stations have a payback over 72 months. And that’s crazy, because the prices have come down below sustainable levels.

It’s not ARPU. It’s rates per minute. If you’re not selling your minute at the right price, then there’s no pay back.

I would like to ask Hans a question. What do you think is going to happen to data [in 2015 I assume]? 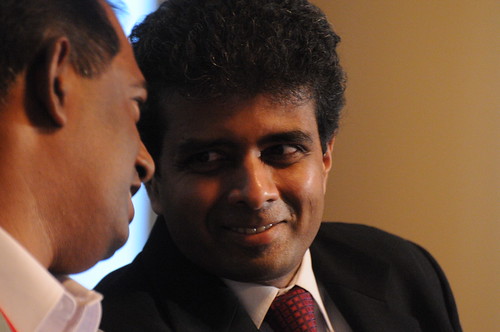 Dr. Hans Wijayasuriya (Dialog, Axiata): I’m here more with my Axiata hat, so let me comment on other markets in the region and how regulators are responding to this phenomenon of a price war. It’s sad that in Sri Lanka this took place almost 18 months ago. I think the entire region should have paid more heed to Sri Lanka. We have a mobile penetration ahead of the region. In that sense, some of the other lower GDP countries could have seen in Sri Lanka a crystal ball as to what has happened. In fact it would have been possible to extrapolate the Sri Lanka situation to larger methods.

It was possible to predict that the Indian market, for example, would slow down. It was a very unpopular theory, but once you reach a certain price point and postulate that on the economic pyramid you reach a point where the market is inelastic and a price war gets very destructive.

Today where there’s pressure on the consumer’s wallet, the consumer could – at an inelastic point of demand – move into other forms of conception.

In Bangladesh there was a kind of low price introduced 6-12 months ago. Cambodia has been preemptive bringing in a floor price.

Why does this happen? I think globalization is part to blame.

In a smaller sense this is the India/Sri Lanka phenomenon  [with Airtel losing money I think]. It’s not a criminal thing to do, but is it in the best interest of the consumer? I think South Asia is at risk, the cash flows available for futureristic investment may be constrained.

Returning to data. I believe data has great potential, but is it viable? Can operators sustain a data business? I think it’s safe to expect $1.5 to $2 per minute data ARPUs. It’s certainly challenging to reach that viability. I think we need to arrive at an industry economic structure which will deliver viability.