Sharp increase in deaths by lightning in Sri Lanka: Do mobile phones add to the risk? 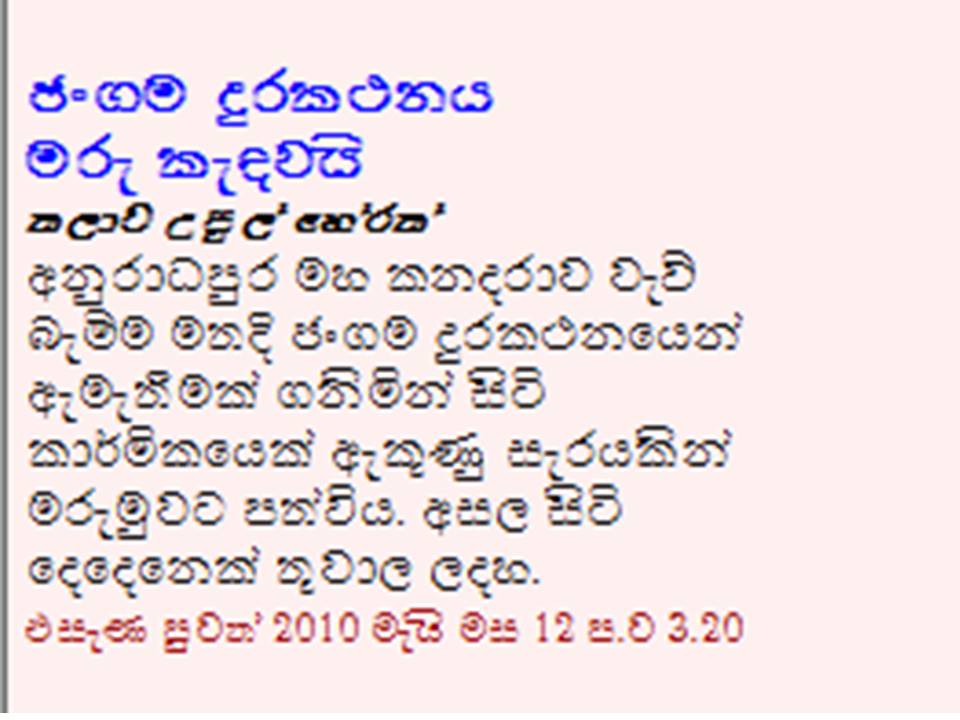 ‘Mobile phone calls death’. The ominous title, in Lankadeepa online, is not too uncommon in Sri Lankan media. The story is about the latest victim, who apparently met his death by lighting when talking to his mobile on the bund of a tank. According to Daily Mirror, deaths by lightning in Sri Lanka has increased with 18 people been killed since March 1, 2010, against ten such deaths for entire 2009. Daily Mirror also advices against, inter alia, the use of mobile phones even indoors.

BBC quotes a British Medical Journal letter to the editor that tells about a 15-year-old girl struck by lightning while talking on her phone in a large park in London during stormy weather.

Why mobile phones increase the lighting hit risk? This is the explanation by Swinda Esprit, senior house officer in otorhinolaryngology, an author of the BMJ letter: When a person is hit by lightning, the high resistance of human skin causes the lightning charge to flow over the body – often known as an ‘external flashover’. But some of the current can flow through the body. The more that flows through, the more internal damage it causes. Conductive materials in direct contact with the skin such as liquid or metal objects increase the risk that the current will flow through the body and therefore cause internal injury.

Still it is controversial whether mobile phone is the culprit. Please note both victims were standing on flat lands with no taller objects in the neighborhood. They bodies would have attracted the lightning even without the mobiles in their hands.

So, is it fair to blame mobiles?

Let us wait for the expert opinion.