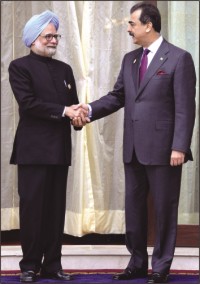 Rohan Samarajiva is in Pakistan. Near the border, once marked by Mountbatten’s sharp knife, his cell phone links him to India. Airlines do not understand this proximity. Indian participants, to Expert Forum Meeting jointly organized by LIRNEasia and Pakistan Regulator, first travel led west (3 hours to Dubai) and then east (another 3 hours) to cover 678 km between Islamabad and Delhi – a one hour flight if existed.

In the backdrop of Thimpu SAARC summit Rohan asks the same question he has been asking for sometime. (But this time in Bangladesh media): Can’t telecom bring these South Asian cities closer? Should they remain artificially distanced?