Telephone ownership and use

As latest ITU data reveals, active mobile subscriptions continues to increase the world over. Just under two years ago, mobile subscriptions were reaching the six-billion mark. 2009 data from the ITU suggests we are well on our way to reaching seven billion connections. Developing countries, in particular, experienced a 19 percent increase in mobile subscriptions per 100 inhabitants between 2008 and 2009, compared with a modest 5 percent growth in developed countries according to the ITU.

Mobile subscriptions in the Asia-Pacific alone have now passed the two-billion mark; according to the ITU, mobile subscriptions per 100 rose by 22 percent from 46 in 2008 in 56 in 2009. However, total fixed telephone lines (which reached a peak in 2006) continue to decline both in developed and developing countries. In the Asia-Pacific, the number of fixed lines declined by 6 percent from 15 to 14 per 100 inhabitants between 2008 and 2009. 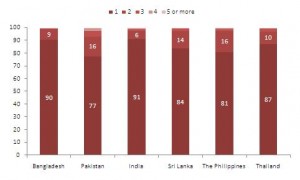 LIRNEasia’s third consecutive study on ICT ownership and use among the poor, Teleuse@BOP3 (2008) reveals trends in mobile and fixed growth, similar to the ITU findings. The study was among the bottom of the pyramid (BOP, or those belonging to socio-economic classification groups D and E) in Bangladesh (2008 only), Pakistan, India, Sri Lanka, the Philippines and Thailand. Figure 2 shows that over 75 percent of all respondents had used a phone in the last three months to make a phone call. 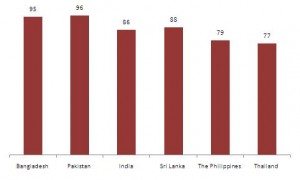 Figure 2: Use of a phone in the last three months to make a phone call (% of BOP respondents) 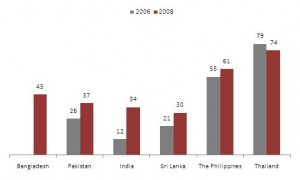 Figure 3: Use of personal mobiles as a primary mode of communication (% of BOP teleusers)

In the Asia-Pacific, mobile and fixed broadband subscriptions have grown to 5.4 and 4.6 per 100 inhabitants respectively, a 26 percent and 18 percent change between 2008 and 2009. Again, one should keep in mind that subscriptions do not necessarily equal ownership or usership; the problems in accurately assessing the number of Internet users in a country (besides through large-scale demand-side surveys which are nationally representative; Teleuse@BOP is only representative of SEC D and E in the respective countries) is something that LIRNEasia is looking at in research which will be released shortly.

LIRNEasia’s study confirms that that the BOP were much more likely to own a mobile phone than a household personal computer, and, likewise, more likely access the Internet over a mobile than a PC (Figure 4). However, Internet awareness and use among the BOP is still low, particularly in South Asia. Over 95 percent of respondents in the South Asian countries studied had never used the Internet before; over 55 percent in Bangladesh, Pakistan and India had never even heard of it. This contrasts with the Philippines and Thailand where only 9 and 20 percent of respondents reported never having heard of the Internet. 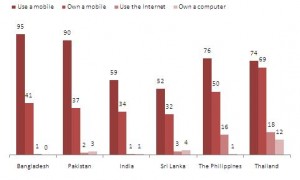 Figure 4: Ownership vs. use of ICTs (% of BOP teleusers)