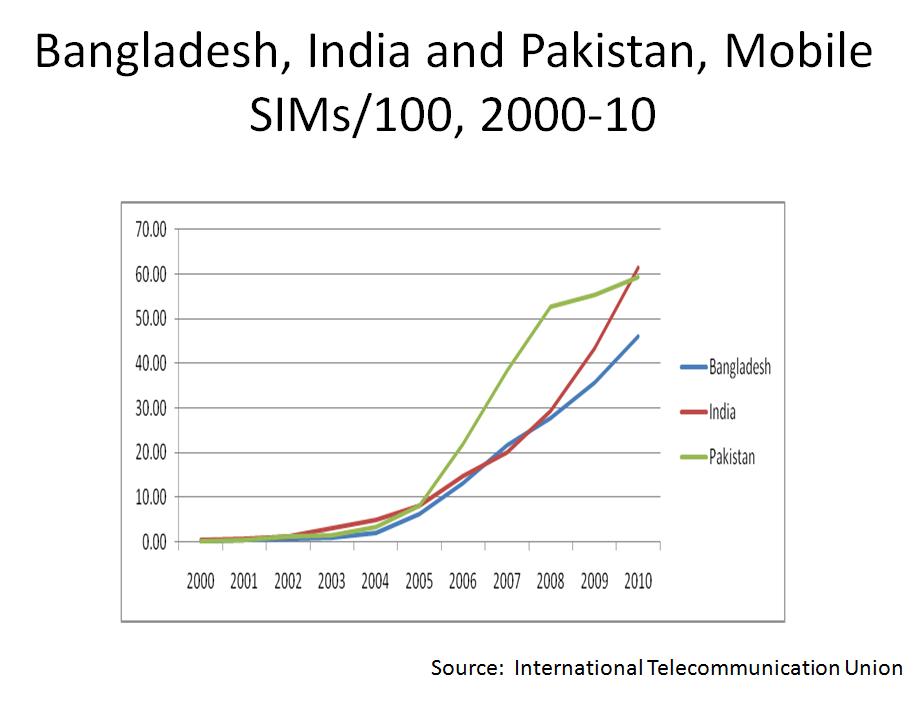 Since 2004, India has been behind Pakistan on a key indicator: mobile SIMs/100. Few in India wanted to talk about this. But we did. Now finally, India has pulled ahead, as it should. I discuss the reasons in a recent piece done for Pioneer.

The loss of momentum for Pakistan started in 2008, and by 2010 India was again ahead. The tortoise overtook the hare. Not because it took a nap, but because it lacked persistence.

India’s policy framework was inferior to that of Pakistan: It was a patched together series of compromises among various interest groups, especially those entrenched within BSNL/MTNL. Pakistan conducted a transparent auction. India has vacillated and sown the bitter harvest. Pakistan handled the licence renewal cleanly, eliminating uncertainty for the operators and realising enormous revenues for the exchequer. India is just beginning to address the first licence renewals without a clearly stated principle in place. India’s Department of Telecommunications collects too much money in universal service levies, gave most of the money, especially in the early years, to BSNL, and is now unable to get rid of billions. Pakistan’s USF (Universal Service Fund) company has succeeded in disbursing around 90 per cent of the fund without favouring any operator, and supporting green technology as a bonus.

Yet, India is pulling ahead. It is pulling ahead because it is fundamentally a consultative, democratic polity. Democracy cannot produce the clockwork efficiency that a well-functioning dictatorship can; but neither will it produce quasi-democratic dysfunction that follows the rare, brief interludes of efficient authoritarianism.