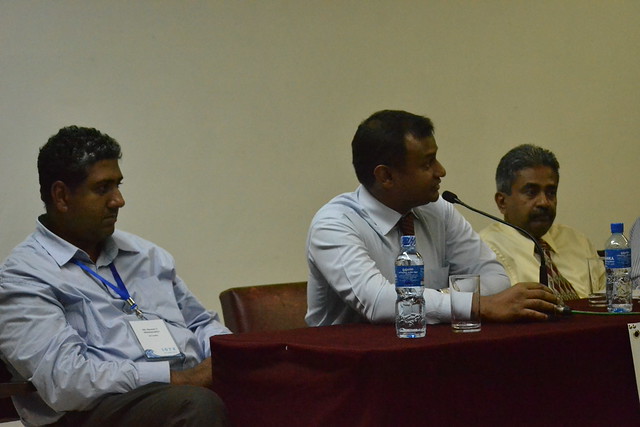 The 2014 LIRNEasia Disaster Risk Reduction Lecture focused on all aspects of the early warning ‘chain’ and what advances have been made in the ten years since the 2004 Indian Ocean Tsunami. On the whole the message that was conveyed was very positive. Tremendous progress has been made both in the science of understanding when a tsunami has been generated and in the deployment of instruments throughout the world’s oceans, including the Indian Ocean.

The purpose of all this effort and investment is getting people out of harm’s way. That means that warnings, including evacuation orders, have to be effectively communicated to all those in harm’s way; that evacuation must be orderly; and most importantly, that the evacuees take the appropriate action willingly and with knowledge. It’s easier when people do the right thing on their own without having to be ordered.

There was a divergence of opinion among the experts on the question of false warning: the issuance of warnings or evacuation orders for tsunamis that do not arrive. The experts further away from the ground wanted to err on the side of caution. It’s not that they wanted to issue false warnings, but that they thought a false warning was better than taking a chance.

Nuwan Waidyanatha, who managed LIRNEasia’s disaster risk reduction work since the tsunami, including running simulations in tsunami-affected villages, was the discordant voice. He said that government officials like to minimize the risk that they will be blamed. But it was important to look at the warning from the perspective of the affected people.

His example was of a warning/order that told fishing boat operators not to go to sea. For the people who issue such warnings, they are administrative acts done in good faith intended to save lives and reduce risks. For the boat operators, it’s about another day with no income.

But then came the clincher. The solution: the Common Alerting Protocol that is being promoted by organizations such as the World Meteorological Organization (WMO) and the Organization for the Advancement of Structured Information Standards (OASIS). CAP enables warning messages to be instantaneously disseminated, error-free, over many warning systems to many applications. CAP increases warning effectiveness and simplifies the warning process.

But most importantly, CAP allows different amounts of information to be given to different audiences. If the projected wave heights are given to boat operators they will be in a position to decide whether or not to forego another day’s earnings. This information is not what the tourists at the beach hotel need or want. But in the minds of the government decision makers there is no distinction between people dipping in the sea and those who make their living from the sea. CAP, when fully implemented, can help make that distinction.