How will the push to include companies selling attention on the Internet within the scope of national taxation play out? 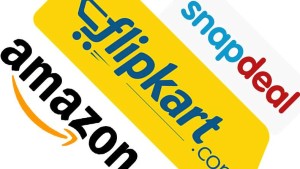 It was in 2009 that LIRNEasia first engaged systematically with the interaction of taxation and ICT promotional policies. This was when working on an assignment for the OECD. We had of course engaged with mobile-only taxation in Sri Lanka and in Bangladesh. But the issues were simple back then. No discriminatory taxes that treated mobile services as demerit goods.

What was part of the OECD discourse back then, and what has now become common among all big economies, is a much more complex concern. How can there be a level playing field among online entities that sell advertising or engage in e commerce without a national presence and those that do? Here is a thoughtful piece that looks at the recent Indian government proposals:

India’s digital media start-ups: Take for example an online start-up. If it is looking at shelling out money for Facebook advertising campaigns and its payments are more than Rs. 1 lakh over a year, it will be charged extra for this levy. Most new media publications simply don’t have the upper hand at the negotiation table to force Google or Facebook to accept lower margins. So while the government does get an extra inflow of tax revenue, Indian small business and medium businesses will be impacted negatively.

Amazon vs Snapdeal: This is perhaps one of the more interesting match-ups. Most e-commerce companies that operate in India make their money off advertising on the part of their merchants; commission fees for listing on their websites have slowly been phased out. Foreign e-commerce companies that don’t have a permanent establishment in India will be forced to take a hit, because of the equalisation levy, when compared to domestic competitors such as Snapdeal or Flipkart. Here, bargaining power will clearly lie on behalf of the Indian merchants and sellers who list on these websites simply because there are domestic alternatives. The levy will therefore certainly “equalise” the playing field between foreign and domestic e-commerce companies.