Platforms and how they play out in particular places 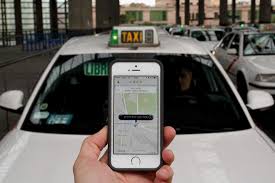 In theory, surge pricing is a no-brainer. If prices go up when demand surges at particular times, surge pricing will bring
additional supply to the market. While not supporting what appears on the face to be an economically illiterate decision by an Indian court to ban surge pricing the authors of the Economic Times op-ed point to an unnoticed Delhi-specific fact: the only drivers who can respond to the price signal are those outside the area, since only licensed drivers can supply services.

This suggests that research that pays attention to the specific conditions is needed. This is what LIRNEasia did with regard to telecom reform; this is what is needed for platforms in developing countries.

Some transparency in the surge pricing algorithms, and perhaps a cap on surge, would go a long way to convincing everyone that they’re not gouging. Surely, there are alternatives to surge pricing. If the idea is to bring more drivers on the road, there could be customer auctions to bid higher, or drivers coming from far to an area with higher demand could be given additional compensation.

It is difficult to believe the claims that surge pricing puts more taxis on the road without real data. This is believable in a true sharing economy, where anyone with a taxi app can use his personal car and become a driver. As prices surge, more drivers will be incentivised to be on the roads.

Algorithmic, Not Calculating
However, in India, only licensed yellow-plated vehicles can be used as taxis, and these are driven by professional drivers. At best, surge pricing can bring taxis from neighbouring locations when demand shoots up.