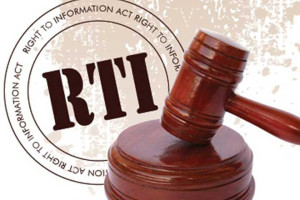 Few days back, I was part of a panel discussing the Sri Lanka RTI Bill that has gone through Constitutional Review. This was on Rupavahini, the government-owned channel. The Deputy Minister in charge of shepherding the bill through Parliament and a lawyer who had intervened in the Constitutional Review were the other members.

The first time I engaged with the topic was in 2007. Then I went into high gear in 2011. As LIRNEasia’s interests turned to open government and open data, we started engaging with the subject as an organization.

Our interventions in this latest round of legislative activity, starting in February 2015 with a formal submission. Multiple op ed pieces were published, this being one example. We are happy the drafts were much improved as a result of interventions by us and others. For example, Parliament and Cabinet are now subject to the Law as the above op ed pleaded. But political parties have got themselves out. And small firms and organizations are still treated the same as big government agencies, with no concern for cost of compliance.

These were among the points I raised. We’ll keep working to improve this much-needed piece of legislation.