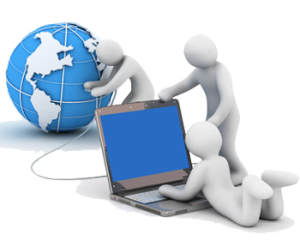 The 80 percent and 160 percent increases in taxes on voice-SMS-VAS services and data, respectively, caused me to write an oped anchored on one instrument of public policy, use of fiscal means to discourage use of demerit goods.

I wish to make clear that there is nothing wrong with subjecting telecom services to normal taxation such as VAT and NBT. Many years ago, that was the case. But over time various additional levies were layered on top, taking the overall tax burden to around 32%.

Around 2009, the previous Government rationalised the mess, exempting telecom services from general taxation while imposing a single telecom levy. It started at 20%, but slowly crept up to 27.55%, higher than the VAT rate. The current Government has ignored this history and is bringing back VAT and NBT without rescinding the levies that were imposed instead of general taxes.

The previous Government understood there was something wrong with Sri Lanka’s Internet use. It was lower than one would expect for a country with the income and literacy levels that Sri Lanka has. In response, they reduced the levy on data services. At 12.24%, it was less than half what was levied on voice, SMS and VAS services until last month. The current Government, correctly imposed VAT and NBT without too many exceptions. But because the alternative levies were not removed, the result was a 160% increase in the tax burden for data, from 12.24% to 31.77%.

But, I am beginning to think this may be unintended. Perhaps the government is simply applying the Willie Sutton doctrine: one robs banks because that is where the money is. We should not overthink the problem.

William Francis “Willie” Sutton, Jr. (1901-1980) was a famous bank robber. During his forty-year criminal career he stole an estimated $2 million (lower by far than the raiders of the Bank of Bangladesh), and spent more than half of his adult life in prison and escaped three times.