From Kathmandu to Hong Kong via China Telecom 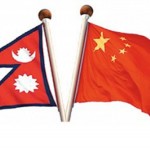 Every phone call, text message, email and Internet traffic to and from Nepal transits via India. But not anymore. State-owned Nepal Telecom has completed the laying of optical fiber at the Sino-Nepal border. It paves the way to terrestrially link Kathmandu with the Hong Kong data center of China Telecom. Besides, Nepal will remain connected with Singapore trough the existing terrestrial and submarine networks of India.

Once operational in June, the China Telecom routing will salvage landlocked Nepal from its exclusive dependency on the Indian carriers. This second international route will also make Nepal’s connectivity lot more resilient. This is what I strongly suggested in a four-day course on ‘How to Engage in Broadband Policy and Regulatory Processes’ in Nagarkot, Nepal (28th – 31st March 2015). One month later Nepal was devastated by the earthquake and Doug Madury of Dyn wrote:

Nepal, as well as Bhutan, are both South Asian landlocked countries wedged between India and China that are dependent on India for a number of services including telecommunications. As a result, each country has been courting Chinese engagement that would provide a redundant source of Internet connectivity. Nepal has been seeking Internet connectivity through China for some time, however, as of today, we have yet to observe any Internet paths linking Nepal to the global Internet via China.

Nepal-China deal will unlock the landlocked Himalayan state’s northern frontier for telecoms. Prime Minister Mr. Khadga Prasad Sharma Oli should now end Nepal Telecom’s self-defeating monopoly over cross-border connectivity. The foreign and local telecoms actors should be allowed to boost competition. It will dramatically reduce the prices of international bandwidth in the country.

Nepal being landlocked is an unchangeable geographic phenomenon. The country’s captivity, in terms of telecoms policy, has been, however, a manmade distortion. Mr. Oli can end this misrule and write a new chapter in the history of Nepal’s development.

Tackling the information disorder in Asia

Having stagnated for years, the percentage of South Asians who have used the internet has finally reached 50 per cent. In South Asia internet use is synonymous with social media, with most users spending all their time on chat applications.