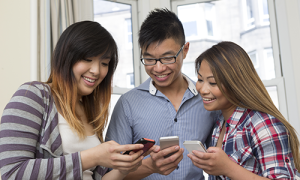 There is little doubt that the consumer gets a raw deal in the Philippines, as evidenced by broadband quality data. The long-term sustainable solution is a third and perhaps a fourth operator. But that prospect receded.

The Philippines’ San Miguel Corp (SMC), after failing to find a foreign partner to launch a third mobile operator in the country, announced it is selling its telecoms assets to incumbents PLDT and Globe Telecom for more than $1 billion, with each taking a 50 per cent stake.

The two operators, which together have a 99 per cent market share of mobile connections, will pay a total of PHP52.8 billion ($1.13 billion), which includes the valuable 700MHz spectrum. SMC’s telecoms assets are valued at an estimated PHP70 billion, including liabilities of PHP17.02 billion.

The agreement, which was signed this morning, comes as a major surprise and will see PLDT and Globe strengthen their control of the market, but it also requires the two companies to give up part of their spectrum holdings to the regulator to allow for the entry of a third operator.