Yes to VAT, no to industry-specific taxes that treat telecom like tobacco 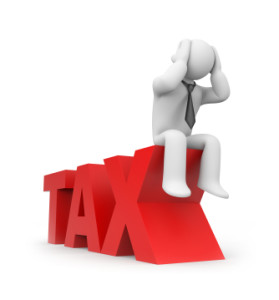 I was asked to comment to the state-owned Sunday Observer on the Sri Lanka government’s decision to extend value-added taxes to the telecom industry. Below is my response.

I have always taken the position that telecom services should be treated no differently from other goods and services. Therefore, I do not object to making telecom services subject to VAT. The problem is with the approximately 25 percent mobile levy. That should be removed or reduced.

In the early years of the Mahinda Rajapaksa government, multiple taxes were levied on telecom services, especially mobile, including but not limited to VAT. The overall burden on the consumer was around 32 percent. Subsequently Treasury rationalized the complex web of taxes on taxes, and imposed a simple 20 percent levy that slowly crept up to around 25 percent. VAT was removed at this point. The consumer benefited, though the burden was higher on the operators.

What has now been done is to go back to the early Rajapaksa times, but with an even higher burden on the consumer. With the complex tax-on-tax system used in Sri Lanka, the actual tax burden will rise from 25 percent to around 43 percent. This will be highest tax ever imposed on telecom users in this country. It is likely to reduce telecom use, especially of data. It is contrary to government policy seeking to encourage Internet use.

LIRNEasia’s comprehensive systematic review of thousands of research articles has clearly established that telecom networks yield positive impacts on livelihoods. It is unfortunate that this industry is being singled out for excessive taxation likely to depress investment and set back the transition to a knowledge economy.