What I said about Google Loon to a journalist 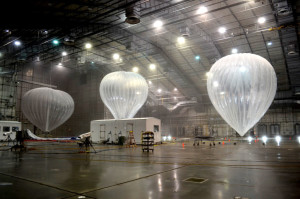 I was asked about Loon by a journalist from Ceylon Daily News, the government newspaper. Here is the gist of what I said.

Sri Lanka has fewer Internet users than we would expect for a country at its level of income and literacy. I am all in favor of experiments and innovations that seek to address this problem. Therefore I am in favor of Loon.

However, it is important that we do not deviate from the basic framework of spectrum management that has stood us in good stead so far. This framework was designed with much effort in 2002-04 and implemented by the new government in 2005. The basic elements are that all the operators who had operated through the hard years would be given a base allocation of spectrum (7.5 MHz in the GSM 900 Band and 2.5 MHz in the CDMA 800 Band, as applicable) and would have to obtain additional spectrum through fairly conducted auctions. We should not deviate from this, just because the government has been offered a 25 percent stake in Rama Corp, an entity associated with Google Loon. If they want to be an operator they should get a Section 17 Operator License, like Airtel did. If they are not going to have their own customers, but are going to provide a service to the existing operators as they did in New Zealand and elsewhere, they should use spectrum allocated to the operators.

If Rama is to be given free spectrum because of a 25 percent stake given to government, that would also entitle Mobitel to free spectrum, because it is owned 50 percent by the government. If that logic is to be followed the entire basis of the industry would collapse. In addition, the government would be deprived of massive amounts of revenue that could be realized from the 700 MHz Band. This is inexplicable in the current circumstances.

Even if the government were to decide to allow spectrum use for Loon testing, it should be on a trial basis only, with the spectrum reverting to government as soon as the prescribed test period ends.