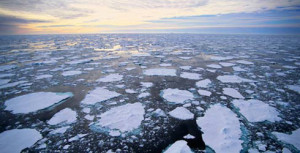 Given melting ice in the Arctic, cable laying ships are moving in. In the first phase northern communities are being connected. The plan is to extend to Asia, providing an additional layer of redundancy to international backhaul.

In later phases of the project, Quintillion Networks will extend the network internationally to Europe and Asia, representing the first time the two continents will be directly linked by cable.

In addition to cutting latency, these arctic cables add a layer of redundancy to our global communication systems. Today’s cable networks remain at risk from a handful of threats including earthquakes, spy stuff, and the occasional errant shark bite, and any damage done can have far-reaching effects on global internet speeds.