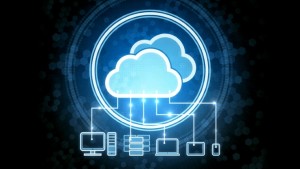 In 2012 we wrote about the dangers posed to cloud computing in our contribution to the 2013 UNCTAD Information Economy Report. When the lower court ruling mandating Microsoft to give the government access to data stored in Ireland came out in 2014, this is what we said. Now the Court of Appeals has ruled in favor of Microsoft:

On Thursday, Bradford L. Smith, Microsoft’s president, said the court’s ruling was a victory for digital privacy rights. He added that the adoption of cloud services by customers in some countries, especially in the public sector, had slowed as a result of the uncertainty around the privacy of their communications.

“We’ve all been worrying about a lack of confidence that people in other countries had when it came to using U.S. cloud services because of their concern the U.S. government would try to reach into their borders,” Mr. Smith said. “Today’s decision is, I think, very important in bolstering confidence for our customers around the world.”

The government is likely to appeal the ruling, legal experts said. In a statement, Peter Carr, a spokesman for the Justice Department, said, “We are disappointed with the court’s decision and are considering our options.”