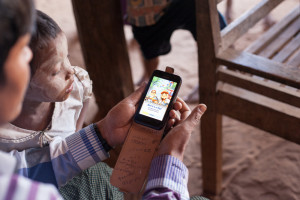 A recent report from the Myanmar Ministry of Post and Telecom states that mobile penetration has reached 90% (or 89.38% rather), and the number of Internet users has reached 39 million, according to supply-side data.  But as the Myanmar Times reporter rightly points out, multiple-SIM usership has to be taken into account to get a real picture of usage. We know multiple SIM use is nothing unusual in many markets, especially among the low income segments (we’ve seen as many as 23% of the low income segment in Pakistan owning more than one SIM in our past research), and that’s why we make sure we capture it whenever we do demand-side research.

Most recently in Myanmar our 2015 baseline survey showed 17% of urban mobile owners had more than one SIM, compared with 8% of rural (or 13% of all mobile owners). The LIRNEasia survey was conducted in Q1 of 2015, among a nationally representative sample of the population aged 15-65 living in accessible areas (approximately 97% of the entire population). At the time,  survey showed that 39% of the target population were mobile owners at the time. Detailed survey findings and methodology details can be found here.