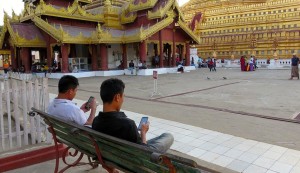 Speed is important in entry to competitive markets. The issues have been discussed in the context of other countries. One hopes that the negotiations will be speeded up and that they will make the necessary investments fast.

However, according to the Myanmar Times, negotiations are still ongoing, the venture is not yet formally established and as such has not been able to apply for an operating licence. In addition to Viettel, the JV will comprise a government shareholder, known as Star High Public Company, and a local consortium, Myanmar National Telecom Holding.

An unnamed source said said the parties have reached agreement on many points, but there are still a few significant issues to be sorted out, including decision-making powers and the role of the future CEO.

The government intends the venture to be Myanmar-led, with local players making up the majority of the board, but it is likely that Viettel will propose a CEO, the paper explained. Its source added that it remains unclear how decisions will be split between the board and the executive staff.

Financing also remains a challenge, the source said. While the various parties have the funding required to launch a new mobile operator, there is still a question mark over how much they would feel comfortable ploughing into the venture.