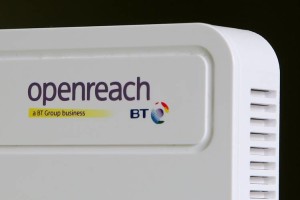 The UK has been a leader in telecom reforms. Thus OFCOM’s encouragement of BT to have a de facto separate unit called Openreach to permit non-discriminatory use of the infrastructure caught the attention of many. Now, OFCOM wants to take next logical step and is proposing real structural separation:

Openreach to become a distinct company. Openreach should be a legally separate company within BT Group, with its own ‘Articles of Association’. Openreach – and its directors – would be required to make decisions in the interests of all Openreach’s customers, and to promote the success of the company.

Openreach to have its own Board. The new Board should have a majority of non-executive directors, including the Chair. These non-executives should not be affiliated to BT Group in any way, but would be both appointed and removed by BT in consultation with Ofcom.

Greater consultation with customers. Openreach would be obliged to consult formally with customers such as Sky and TalkTalk on large-scale investments. There should be a ‘confidential’ phase during which customers can discuss ideas without this being disclosed to BT Group.

Staff to work for Openreach. Ofcom’s principle for the new model is that people who work for Openreach should be employees of the new company, rather than BT Group. This would prevent any real or perceived conflict of interest, and allow Openreach to develop its own distinct organisational culture.

Openreach to own assets that it already controls. Openreach should own its physical network. This would allow the Openreach Board to make decisions that depend on investing in, and looking after, Openreach’s assets. There may be costs in transferring assets or people to Openreach, which would need to be mitigated.

A separate strategy and control over budget allocation. Openreach should develop its own strategy and annual operating plans, within an overall budget set by BT Group.

Independent branding. Openreach should have its own brand, not affiliated with BT Group, to help embed the organisational culture of a distinct company.