What is the role of government in disaster risk reduction and response? 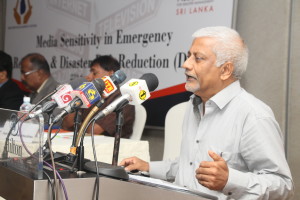 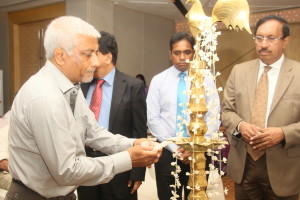 I spoke today at a workshop for media personnel organized by the Ministry of Disaster Management (DM). I just looked to see if I could link to the workshop description on the web. Apparently not. Guess that confirms what I said about the need for the DM Ministry and the DM Center to change the way they think about the web and associated new media.

But anyway. The motivation for the event appeared to be unhappiness about how the media perceived the functioning of the Ministry and its units. On one hand, the Director General of the Department of Information wanted the media to give preeminence to its watchdog function and pull back from supplying relief. Some of his comments could even be interpreted as suggestive of a need to prohibit aid caravans being organized by the media. But I do not think this will happen. The risks of being seen as stifling the natural charitable urges of the people and delaying supplies to those who need help are too high.

The Minister obviously wanted a better relationship with the media. He sees the value of innovating decentralized approaches, such as using private catering services close to disaster sites to supply hot meals quickly. He also appreciates the need to use ICTs to improve communication of the government’s actions.

Unless the government becomes proactive in quickly pushing credible and comprehensive information to the people and to the media, the vacuum will be filled by others. As long as the websites remain in their present moribund form and the DEWN app continues to be used suboptimally, I will have to say the government has much to do.

I also used the opportunity to plead for greater use of Sahana. Hopefully, we made progress in changing minds today. What remains is action.