Broader implications of our online freelancing work in an op-ed 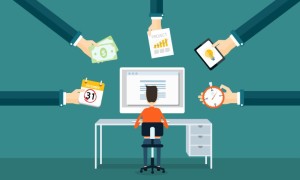 As part of the Inclusive Information Society research, we at LIRNEasia were in the process of interrogating the labor force and related data. Then there was this headline about there being no need for one million jobs when only 400,000 people were unemployed.

Two days later, the op-ed refuting the absurdity of comparing one million over five years target with a static unemployment figure was published. As can be seen, having the data ready was extremely helpful for the quick response.

If we are to escape from the middle-income trap and get established on a high-growth trajectory, it is imperative that all sectors of society understand the importance of creating jobs with the characteristics demanded by our young people and by the women who are sitting out the job market. These characteristics include, but are not limited to, adequate salaries perhaps in excess of Rs. 40-45,000 a month as stated by the Prime Minister recently. Jobs that involve hard labour in the outdoors such as work in the booming construction industry and in commercial agriculture will require even more.