Is 5G the reason Google/Alphabet is pulling back from fiber in the last mile? 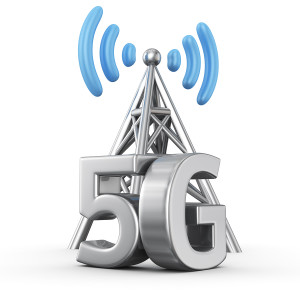 Now that we’ve had some time to figure out 4G/LTE, we got to start on 5G. But it seems it will be some time before the standards will settle, according to the NYT.

You may soon start hearing a lot about 5G, or the fifth generation of wireless technology. This technology is expected to leap ahead of current wireless technology, known as 4G, by offering mobile Internet speeds that will let people download entire movies within seconds, and it may pave the way for new types of mobile applications.

Yet many challenges exist before 5G becomes part of our daily lives. Carriers like AT&T, telecommunications manufacturers like Nokia and tech giants like Google are all battling to define global standards that will be needed before this technology becomes mainstream. These negotiations are expected to persist until at least 2019, so 5G cellphone networks will not become widespread in the United States or elsewhere until well into the next decade — despite recent claims by AT&T to roll out part of its 5G network by 2021.

I couldn’t but help think this is related to the other story about Alphabet ceasing operation of its last mile fiber enterprise, also in the same paper:

When Google introduced Fiber in 2010, it was heralded as a sign of the company’s ambitions to compete against cable and telecommunications operators who have controlled the market for internet access. But after years of costly investments to dig up roads and lay fiber optic cable, Google started considering alternatives, including wireless and fiber partnerships, that did not necessarily require the company to build a full network.