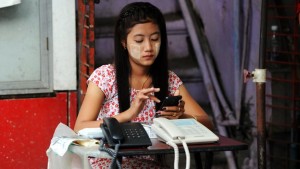 The longer it takes to get rolling, the more questions are likely to be asked about its prospects. Coming into a saturated market requires an edge. It appears that the secret sauce is the Military affiliated co-owner who has infrastructure in place, enabling a fast rollout.

U Soe Naing, director of the ministry’s Posts and Telecommunications Department, told The Myanmar Times that the fourth telco’s licence application would be “done in two months if everything goes smoothly”.

The new telco will face stiff competition from state-owned incumbent MPT, and established foreign firms Telenor and Ooredoo. MPT has over 20 million customers, Telenor 17 million and Ooredoo over 8 million.

LIRNEasia conducted a forum in mid-December 2021 focusing on tackling disinformation.

Access to education became a widespread concern with the onset of the COVID-19 crisis. And rightly so.