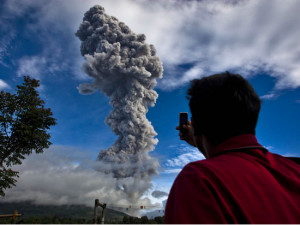 LIRNEasia has worked with Sarvodaya, one of Sri Lanka’s well-established community-based organizations, since the 2004 Indian Ocean tsunami. As part of our HazInfo project, they established a disaster response unit and embedded resilience as part of their work plans and training.

They had come to think that the government would take the lead in providing immediate assistance in the aftermath of a disaster because a Ministry focused on disaster management had been established and the various entities under it active. The urban flood disaster that hit the lower reaches of the Kelani river made them rethink their stance. The government response was seen as slow and ineffective. Sarvodaya found itself being pulled into relief work. It did what it could, though the impact was vast and they could not cover the entire range of needs.

At this point, the organization took a policy decision that it could not step back from disaster response as earlier decided. Proposals were written, funds raised and they are now starting a process whereby each of the districts will develop broadly consulted standard operating procedures for dealing with disaster situations.

Nuwan Waidyanatha, who cut his disaster-expertise teeth in the immediate aftermath of the tsunami, had made time on his way from back work with the government of the Maldives which is adopting Sahana, to assist Sarvodaya leaders work through the SOPs. I was invited to help get the workshop going. I said that our objective was to make the best use of the tacit knowledge they had gained through years of responding to disasters. I also indicated the need to make the best use of ubiquitous ICTs in this work. We do not see Sarvodaya as a substitute for government but as a useful complement.