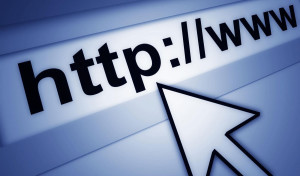 Yesterday, while I was moderating a panel on ICT policy and regulation, SDGs and inclusion at IIC 2016 in Bangkok, I was surprised to hear from a speaker representing the Alliance for Affordable Internet that “six billion people were without access to broadband.” I wrote it down. In subsequent comments I said the six billion number was “arguable.”

The Facebook supported “State of Connectivity 2015” Report (prepared with the participation of A4AI as well as the ITU) states that 3.2 billion people (43 percent) were Internet users. Facebook’s policy posture is not supported by inflating access numbers, so I think it’s a reasonable source. And using a report which had the participation of A4AI to check the veracity of a claim by an A4AI representative does not seem unfair.

I have questioned the ITU’s numbers on Internet users. So let us not rely entirely on that figure.

The Report states that “the GSMA’s latest numbers suggest that there were 3.2 billion unique mobile
internet subscribers in 2015, very close to the ITU’s estimate for total internet users.”

It goes on to say:

On mobile networks, this is delivered through 3G and 4G technology, the availability of which has increased strongly in recent years to reach 73% population coverage in 2014 and 78% by the end of 2015.

Estimates of network coverage vary, and more consistent and reliable data is required to better understand the availability barrier. For example, Ericsson estimates global 2G and 3G population coverage in 2014 to be lower than ITU and GSMA estimates, at 90% and 65% respectively.

So I am forced to conclude that the claim that six billion of the world’s people lack access to broadband cannot be supported.