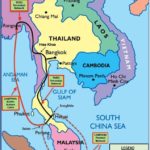 State-owned Myanmar Post and Telecommunication (MPT) is a member of the prehistoric SEA-ME-WE3 and very recent SEA-ME-WE5 submarine cable consortiums. MPT also shares the landing facilities with China Unicom, which brings a branch of Asia Africa Europe-1 (AAE-1) cable to the country. This is how the incumbent has secured the landing of two contemporary submarine cable systems.

The two-fiber pair system will connect Thanlyin in Myanmar to Satun (Thailand), with an option for onward connectivity to Singapore, Hong Kong and beyond, via open access points of presence (POPs). MYTHIC is scheduled to be activated by 2018.

But what’s the use of a submarine cable unless it shuttles traffic between data centers at home and abroad? MYTHIC has announced to link two data centers: Burst Networks (Myanmar) and 1-Net (Singapore). Esther Ong of 1-Net has explained me by email the value her company offers to Myanmar:

The data center interconnectivity will allow 1-Net’s customers to operate, or “peer”, between the data centers to facilitate the creation of new business models, enabling them to position themselves as partners or intermediaries that offer services to their partners. The benefits of having an interconnected data center network are the low latency and availability of high bandwidth for transferring extremely large files. For instance, most financial services enterprises use low latency connections to ensure high speeds in executing transactions.

The linear design makes MYTHIC vulnerable to disconnection in the event of submarine cable outages due to various reasons. How MYTHIC ensures seamless connectivity between the onshore and offshore data centers? Julian Rawle, a Consultant in MYTHIC, has explained to me via email:

From Thailand we will most likely lease dark fiber on existing submarine cables to Singapore although we are looking at some new build options as well.

We will therefore have two redundant rings in the Campana Network.

We expect to be awarded an IGW license in Myanmar this month and we have access to a Type 3 license in Thailand via our investor, Loxley. Campana is also applying for an FBO license in Singapore.

When all these puzzles are assembled together, the profile of a highly resilient Myanmar emerges (click on the picture) that excites investment in LTE and so on. Paving the way for open access metro networks should be the next priority of Myanmar government. Otherwise, all the efforts, as narrated above, to acquire digital muscularity will be wasted.

Impact of COVID-19 on households and the workforce in Sri Lanka: Survey methodology note

The COVID-19 related lockdowns, mandating citizens to ‘stay at home’ brought about a host of challenges, from restricted mobility to large scale job and income loss to disruptions in the provisions of essential services as well as education. To an extent, especially in urban areas, digital technology-driven solutions have been able to bridge the last mile of service delivery and help minimize the disruptions, for example through app-driven delivery services, online schooling, etc.

LIRNEasia will present the findings of a nationally representative survey with a 2,500 sample across Sri Lanka. We explore the socio-economic impacts of COVID-19 by analyzing access to education, work, food and government services with a focus on digital technologies.

A recent survey by policy think tanks LIRNEasia and ICRIER has shown that Maharashtra was able to ensure continuity in formal education for 38% of its school-going (enrolled) children during the COVID-19 lockdowns. The state compares well against the India national average, as well as that of NCT Delhi, whose performance stood at 20% and 25% respectively.