LIRNEasia’s research findings from the nationally representative survey on ICT use and information needs conducted in 2016 are being quoted by officials from the Ministry of Transport and Communications in Myanmar, Htaike Htaike Aung of MIDO reports.  Most recently, it has been quoted by U Myo Swe, Deputy Director General of the Post and Telecommunications Department at a consultative workshop on universal service strategy, design and implementation held today (16 February 2017) in Yangon.

The slides presented at the Ministry of Transport and Communications in December 2016 can be accessed here. 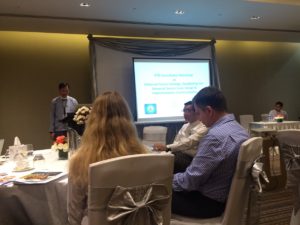