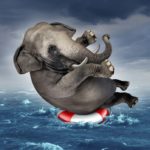 While the aviation sector is “Trying to make sense of the new TSA electronics ban” – the submarine cable industry is sending an SOS. The Trump administration may ban the usage of any ship that deploys or maintains the submarine cables, unless it is built in a U.S. shipyard. It also mandates that minimum 75% of the crew are to be the U.S. citizens and, furthermore, at least 75% of the vessel’s ownership must belong to the U.S. citizens.

Currently 66 submarine cables are active in the U.S. coasts, according to TeleGeography. Nearly 300 submarine cables spanning over 500,000 miles – being buried in the seabed and beyond the continental shelf – are the primary pipeline of Internet to the continents and to the countries. These transoceanic cables also transport $10 trillion worth of transactional value every day. It is greater than the GDP of Japan, Germany, and Australia combined, said Commissioner Jessica Rosenworcell of the U.S. Federal Communications Commission.

If Mr. Trump imposes the proposed ban, the consequences will be catastrophic for the submarine cable industry as well as for the of Internet. Because none of the currently operating 59+ cable ships satisfy Mr. Trump’s wish list.

“The immediate impact would be a de facto blockage of cable maintenance and repair operations anywhere on the U.S. continent shelf…This would affect not only U.S. cable owners and operators, but also their foreign consortium partners and tried and true maintenance agreements.”

Cable ships are not fishing boats and its seafarers are not being bred like rabbits either. Therefore, money cannot Americanize a fleet of cable ships bearing the “America First” flag overnight. Mr. Trump, his advisers and fellow Republican lawmakers should keep it in mind. TeleGeography reports.