I recently had the opportunity to participate at the Annenberg-Oxford Media Policy Institute 2017 held at the University of Oxford thanks to the generous funding from the Ford Foundation.

A variety of topics pertaining to Internet governance such as Internet architecture, net neutrality and multistakeholderism were discussed.  The sometimes-divergent views from those from those from different backgrounds (such as civil society, government, corporates) served as food for thought. The conversation that ensued on balancing between the freedom of expression and hate speech will serve as a useful input to LIRNEasia’s upcoming work on online behaviour in Myanmar.

Here I also got the chance to present LIRNEasia’s research on free and subsidized data in Myanmar and India. I attempted to tie back the findings of the research to some frequently discussed questions pertaining to the zero-rating debate, a topic that was discussed at length at the course.

I focused on two main points. The first was if providing free data got people online. Reliance Jio in India provided free data for 6 months (inclusive of the time we were on the field). Jio was the second SIM for many of our respondents, so they were people were already online. It did however, enhance the user experience for those already online by allowing them to watch YouTube videos and make video calls (the content of their choice) free of charge. Those who were not online spoke of how the cost of obtaining a device, and the lack of digital skills were barriers to use that had to be overcome before they benefited from the free data offered. We did not meet respondents started using the internet due to zero rated content in Myanmar, but that may have been due to non-random sampling that was used in recruitment.

The next question was if zero-rating packages kept people within walled gardens. Evidence from Myanmar showed a supply side push for Facebook. However, more notable was the high demand for Facebook. 71% of those aware of zero rated Facebook had used it; however, only 10% of those aware of other zero rated content such as Wiki-zero has used the service. There was some evidence of people paying for content to view pictures, videos on Facebook. Some even paid to move outside Facebook. 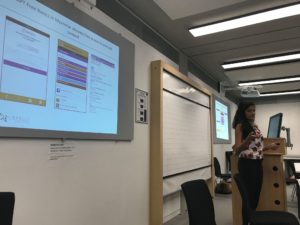