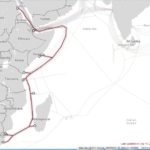 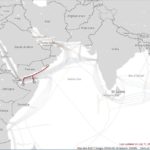 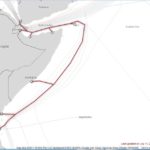 Somalia has suffered internet outage, as its only submarine cable – Eastern Africa Submarine System (EASSy) – has been snapped by the anchor of a cargo ship recently. Few affluent users are online through the expensive satellite backups while most of the users remain off-line.

Bangladesh was also exposed to similar risk until six operators plugged the country with India across the land borders in 2012. Mogadishu should rush for overland links with Kenya for the resilience of its international connectivity. Otherwise, it will remain vulnerable to frequent outages because of the careless merchant mariners.

Overland optical fiber transmission networks, regardless domestic or international, are critical to the uninterrupted services of submarine cables.

Somalia will bolster its international connectivity once two more submarine cables – Gulf2Africa (G2A) and Djibouti Africa Regional Express (DARE) – are activated through second and third landing stations at Barbera and Bosao at the country’s northern coast. DARE will also land in Mogadishu, where EASSy has already been connected.

Yet, the risk of disruption will keep haunting unless Barbera and Bosao landing stations in the north are terrestrially connected with Mogadishu in the south. Plugging with Djibouti, the emerging hub in Africa, across the northern border will guarantee uninterrupted internet in Somalia.