It appears that the 2003 feasibility study that we keep referring to, is obsolete. According to this report, it appears considerable advances have been made in sub-sea electricity cable technology. I hope the government of Indian and Sri Lanka commission an fresh feasibility study and get the job done.

The technology for high voltage direct current (HVDC) cabling has advanced phenomenally over the last decade. The North Sea Network Link between Norway and the UK is a 1,400MW, 515kV, 730 km connection due for completion in 2021, with cable manufacturing by the world leader, Prysmian of Italy. This builds on a number of much shorter, lower capacity connections. In 2011 the BritNed 260km 1,000MW 450kV grid link between England and the Netherlands was completed. Back in 1986 the second cross-channel England-France grid connection was commissioned, with 2000MW of 270kV cable covering 73km.

And in 2019 Thailand relaunched efforts to build a South East Asian grid connectivity program to better leverage the hydro-electricity of the greater Mekong River across Myanmar, Laos, Cambodia, Malaysia and Vietnam. Since 2018 Malaysia has be importing 100MW from Myanmar via Thailand. 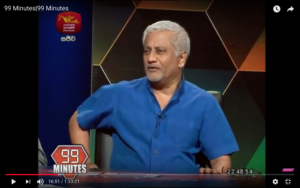 Killer Cooler for Data Centers and Broadband in Asia