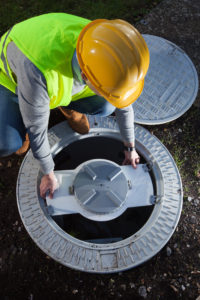 Originally two types of frequencies (900 MHz and 1800 MHz) were good enough for 2G networks. Today’s 3G and 4G mobile networks use varieties of (700 MHz, 2100 MHz, 2300 MHz and 2600 MHz) radio frequencies. And it has added a whole bunch of complexities to accommodate different types of antennas in a network.

Advanced microelectronics has cohabited multiple frequencies in single casing of antenna. Yet it looks nightmarish, as 5G appears in the horizon with wider range of radio frequencies. Because, the deployment of small cell is a real big issue for mobile broadband.

The inconvenient truth of future 5G networks is that their increased high-speed bandwidth, and the use of the millimeter wave spectrum (the radio spectrum above 30 gigahertz) to achieve it, comes at a price: Those radio signals barely propagate around the corners of buildings.

So, how do you manage to get all of these small cells dispersed throughout a city landscape where buildings are everywhere and there’s little open space for signals to travel?

Engineers at Vodafone, headquartered in the United Kingdom, have come up with an ingenious solution: make manhole covers do double duty as antennas for mobile communications. This clever solution manages to avoid all the troubling issues that had worried many observers about the proliferation of small cells. It eliminates traffic disruptions from street construction, and there are no antennas awkwardly placed on buildings, marring the appearance of a neighborhood.