Uncertain of the answer, I thought I’d write about it. Since Cable published their latest pricing league tables earlier this year my inbox seems to have a magnetic effect attracting ‘news’ from joyous announcements by the providers of the cheapest data in the world to harsh commentaries on the inaccuracy of the data being published. Following Cable’s release was A4Ai with its league tables published in March 2019 with prices for 100 MB, 200 MB, 1 GB, 2GB, 5GB and 10GB as a percentage of average income (GNI per capita reported by the World Bank). Both pricing leagues are relatively recent albeit more nuanced in some ways in comparison to the more seasoned data annually released by the OECD (with the limitation that this is only for the OECD countries) and the International Telecommunication Union (ITU). Do we need this many pricing league tables for what appears to be the same thing?

It’s not all about rank

Method. Method. Method.   But it seems that rankings and the publicity that ensues takes precedence.   Any methodology, for it to be meaningful, needs to be transparent and to the extent possible ensure comparability.

SDGs for the private sector

The World Benchmarking Alliance (WBA) invited LIRNEasia for its Digital inclusion roundtable, held in Mumbai on the 7th of March 2019. The objective of the meeting was to assist the WBA in defining indicators and methodologies (that will be published by the end of 2019) for (1) Digital Inclusion, (2) Food and Agriculture, and (3) Gender Equality and Empowerment, by which private sector will be benchmarked against. The event hosted by the consulate to the Kingdom of Netherlands in Mumbai, started off with an address by the Consulate General and the Executive Director of the WBA. The criticality of the WBA’s work towards the Sustainable Development Goals (SDGs) and progress made was reflected upon. After two key notes that followed, the gathering was divided into 3 groups, one for each  of the benchmarks that delved deeper in to the subject matter. 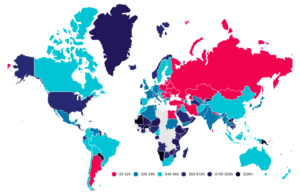 Posted by Sujata Gamage on  /  0 Comments

Report on the solutions development workshop held on the 21st of February 2019 at Hotel Yak and Yeti, Kathmandu, Nepal

Posted by Sriganesh Lokanathan on  /  0 Comments 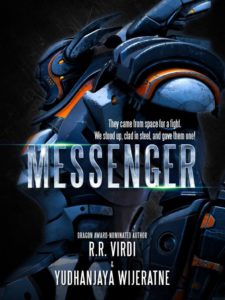 I congratulate my colleague Yudhanjaya Wijeratne, a researcher in our big data team, for being named a finalist for the prestigious Nebula Awards.

How to engage in broadband policy and regulatory processes, Pokhara, Nepal, February 2019

A 4-day residential course on ‘How to Engage in Broadband Policy and Regulatory Processes’ was held at Hotel Jal Mahal, Pokhara Nepal (16th- 19th February 2019). This is the ninth of a series of short courses funded by Ford Foundation. The first two courses of this series mainly focused on producing knowledgeable consumers of research who are able to engage in broadband policy and regulatory processes, whereas this course along with the previous courses in New Delhi, India, Nagarkot, Nepal and Marawila, Sri Lanka incorporate how to produce policy-relevant research into the syllabus. Call for applications: English Syllabus of the course can be accessed here. Photos of the Event Course Report The presentations of the course are below Day 1 Session 1 – Introduction to workshop Session 2 – Communicating to Policy Makers Session 3 – Comparative Data and Introduction to Web Resources Assignment 1 – Fine-tuning and Framing a Policy Proposal Session 4 – Introduction policy/legal research, including case study on ICT policy & regulation in federal states   Day 2 Session 5 –National Broadband Networks of India, Malaysia, Indonesia and Australia: Comparative study Session 6 – Broadband laws and Policy regime in Nepal (Electronic Transaction Act, Telecommunication Act, Draft IT law and other relevant policies Session […]