Collateral damage from shutting down services

Gyanendra’s Law states that network shutdowns after a certain level of penetration has been achieved results in the political authority responsible for the shut down losing power. The underlying reason may be the economic harm that is caused. Appears this effect is seen is shut downs of Internet-based services too: Telegram tried to thwart the blockage by shifting its service to two giant American web hosts, Google Cloud and Amazon Web Services, while at the same time repeatedly changing its IP address to skip ahead of Roskomnadzor. In response, rather than chasing individual IP addresses — a unique set of numbers that identifies a computer, smartphone or other device connected to the internet — the watchdog agency elected to shut down enormous blocks of addresses, called subnets. The collateral damage hit a variety of other sites, like Viber, another messaging app, as well as small businesses including a language school and a courier service, all of which suffered financial losses. 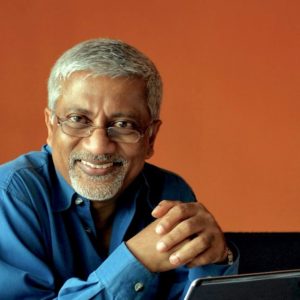 My colleagues and I at LIRNEasia are delighted that Rohan Samarajiva has been appointed as the Chair of the ICT Agency of Sri Lanka.  As a frequent commentator on ICTs, development and regulation, it’s well known that he has a strategic vision of what the ICT sector can achieve and contribute to Sri Lanka’s people and our country’s place in the world.  As a former regulator, he knows the important role government (or a government agency like ICTA) can play in enabling that vision. But at the same time (and what I consider an important facet) is that he is a firm believer in what government does NOT have to do, if the private sector, well-functioning markets, and a civil society are available.  So ICTA is in good hands in terms of finding it’s “place” in the world, and hopefully enabling the ICT-actors in Sri Lanka and citizens reaching their maximum potential. 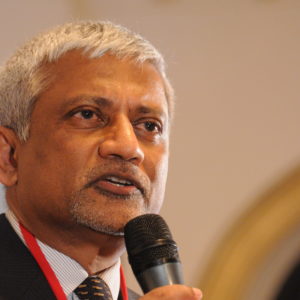 Supporting evidence-based policy making and implementation by governments in the emerging Asia Pacific is an important part of LIRNEasia’s raison d’etre.  This support is extended in many ways.  The latest is the acceptance of the Sri Lanka government’s invitation extended to founder chair Rohan Samarajiva to serve as Chairman on the countries apex ICT Agency.  Rohan was a member of the original Board of the ICT Agency, which was established in 2003 to implement a pioneering integrated ICT development initiative called e Sri Lanka.  He contributed to its design.

Firms have always had an interest maintaining the loyalty of their customers. This has also involved knowing more about the customers. In a discussion of subscription models, the Economist, refers to what may happen because of restriction on data that may emerge because of the Cambridge Analytica imbroglio. Subscription models are becoming more popular, in part because technology has made it easier to rent rather than own assets. Instead of buying software, for example, users can get access to it as a cloud-based service.

Issues of Spectrum Management in the Broadband Era (Presentation)

Data to reduce violence in cities

Our paper on bulk surveillance is under review and will be public soon. We did not go deep into predictive policing because most of the extant material was US-centric. It is interesting that the Economist, which keeps putting out city-level murder data, has chosen to publish a piece on the use of data in controlling violence in Latin America’s cities: Rodrigo Guerrero, the city’s mayor and a surgeon by training, launched a plan inspired by the epidemiological approach some North American cities were taking at the time. He set up “violence observatories” where police, public-health officials, academics and concerned citizens could study crime data. This revealed that most of the city’s murders took place in drunken brawls, not in conflict between gangs, and that they were late at night a day or so after payday.

Occasionally, I accept invitations to speak on subjects I am still exploring in my mind. The talk I am going to give today at an event called Festival of our Future falls into that category. Should I apologize for not knowing the full and complete answer on how to fix politics? Not really. This is from a book review written by one of the world’s leading political philosophers: In recent decades, American public discourse has become hollow and shrill.