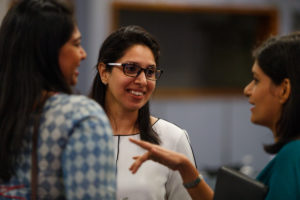 If you Google images for “CEO” you’ll get images of men, predominantly. And this is considered ‘normal’, backed by statistics about the ‘leaking pipeline’ when the numbers of women in the workplace start dwindling as they get into more senior roles. Family commitments is often cited as the cause irrespective of where you are in your career. At a junior level, starting a family means that you either stay at home to look after your family because you can’t afford it, or pass-through pretty much your entire salary on to childcare. When you’re in middle-management you pass on opportunities that can get you to the next level because that means more hours or time away from family or you’re not offered that promotion because you’re seen as unreliable or not really part of the team (as a result of tough choices made by placing one’s family first).

Next thing you know, St Helena will overtake Cuba in ICT indicators

I’ve always had this fascination with the cellar dwellers. Those days, Myanmar was firmly ensconced in the second to last place, kept from the honor of being the least connected place by St Helena. But the 4,000 plus inhabitants have had mobile telephony since 2015. As of two weeks ago scheduled flights are landing in their brand new airport. And they are about to be connected to SAEx soon.

“Confluence” of law and technology, at SAARC Law 2017

A confluence is the junction of two rivers, especially rivers of approximately equal width. My session at SAARC Law 2017 is entitled Confluence of Law and Technology. The way I see it, there is no alternative but to relax the requirement that the metaphorical rivers be of equal width. Unless, of course, we define law in the Lessig manner, East Coast Code being old style ink on paper interpreted by judges law and West Coast Code being self-enforcing rules built into hardware and software. So, anyway, I worked up a set of slides being from the tech side of the world.

The final reports on three systematic reviews have undergone review and have been published on the website of the Evidence for Policy and Practice Information and Co-ordinating Centre (EPPI-Centre). The three systematic reviews focused on ICTs & MSMEs, ICTs & education and ICTs and mobile financial services were funded by IDRC and DFID. The links to the final reports are given below. The impact of mobile financial services in low- and lower-middle-income countries Strategies for training or supporting teachers to integrate technology into the classroom Does access to business-relevant information through networked devices enhance the internal effciency and business growth of urban MSMEs in low- and middle- income countries? 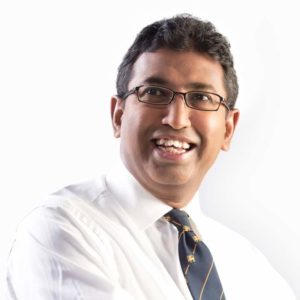 When I was working for the government of Bangladesh I was given a free Teletalk SIM. I wanted to use it. Who doesn’t like free stuff? I tried. Since I spent a lot of time at the Secretariat, I managed to actually make some calls.

In low-income data-centric markets, spectrum will be key to providing adequate connectivity

We’ve been saying for long that voice will be just another app. Reliance Jio has made it so. Therefore, we should take statements from the senior managers of that company seriously: Spectrum allocation will be the most critical element in adoption of fifth-generation or 5G mobile networks in India, Reliance Jio Infocomm president Mathew Oommen has said. The comment comes in the wake of the government last month setting up a high-level panel with a corpus of Rs 500 crore for research and development to facilitate rolling out of 5G-based services by 2020. “The government has set its focus on 5G.

What is the cloud?

I was reading this report on a flight. The flight attendant was highly amused by the title: A cloud for doing good. What a weird title she said. Well, here is an answer from David Pogue to the question of what is the cloud? You may have encountered the Cloud as a synchronizing service.

Mobile Broadband in Myanmar: MPT leads but not by a big margin

A recent article spoke of MPT [Myanmar Post and Telecommunications], Myanmar’s largest mobile service provider in terms of number of subscribers, as being the recipient of Ookla’s Speedtest winner. This is in line with our research that does shows MPT performance in terms of average download speed, upload speed and latency (or round trip time) better than its competitors Ooredoo and Telenor, however, only marginally. In fact, in some instances, for example performance on 3G networks, other operators perform better. Our results are based on a 9000+ sample crowd-sourced study. It highlights the benefits reaped by competition, the surpassing of legacy networks and 4G spectrum allocation.

With less than a million citizens, Djibouti struggles with the abysmal ICT indicators. Its internet hums with 12% penetration while mobile SIM penetration is 36% only. Now flip the page. Nine submarine cables transit at Djibouti to link Africa, the Middle East and Asia with Europe. Australia is coming soon!

ICT is making surge pricing possible, but caution is advised in avoiding outrage

The NYT piece suffers from peculiar worldview of American and European journalists who think all good innovations come from their part of the world (Singapore pioneered congestion pricing for road use in 1975), but let’s focus on the positive: the drawing out of lessons from Thaler and Springsteen about the need to address hardwired perceptions of fairness: Technology is making “variable” or “dynamic” pricing — the same strategies that ensure a seat on an airplane, a hotel room or an Uber car are almost always available if you’re willing to pay the price — more plausible in areas with huge social consequences. Dynamic pricing of electricity could help bring down pollution, reduce energy costs and make renewable energy more viable. Constantly adjusting prices for access to highways and congested downtowns could make traffic jams, with all the resulting wasted time and excess emissions, a thing of the past. Any sector where supplies tend to be fixed but demand fluctuates — the water supply, health care — would seem like prime candidates for variable pricing.

Next up in Myanmar: Explosive growth in mobile financial services

The secret of success is how bad things are. And things are not very good with regard to banking and financial services in the country with the second lowest population density in Asia: In Myanmar cash is king. Fewer than one in ten of its 53m people has a bank account. But an explosion in smartphone use means rudimentary financial offerings are appearing where even roads are rare. After the end of the state’s mobile-phone monopoly four years ago, mobile penetration jumped from 7% to 89% now.

First Board Meeting of GPSDD – Data4SDGs

The inaugural board meeting of the Global Partnership for Sustainable Development Data (GPSDD, more popularly known for their twitter @data4SDGs) was held on the 22nd of September.  I  participated as a GPSDD board member. Significant achievements have been made by GPSDD since its inception, culminating in high level support for the need for good data to measure SDGs, with many nation states making statements at the UN General Assembly which concluded just two days before the board meeting. But countries saying the right things (i.e.