A look back on the policy impacts we've made with our research, over 15 years of work in the Asia Pacific

Facebook is asked to solve problems of democracy in Asia

Nothing really new in my opinion, as the kind referral surmised. Asia is now Facebook’s biggest user base. That has given the company unprecedented political sway across the continent, where it inadvertently shapes the media consumption of hundreds of millions of people. The impacts are amplified in the region because vast swathes of relatively new internet users turn to Facebook first as their primary gateway to the rest of the web. Meanwhile, it’s become clear that the attitudes and policies the Menlo Park-based company adopted when it was primarily a U.

Of concern, but easier solutions are available for tsunami warning

The warning towers erected after the 2004 Indian Ocean tsunami are said to be dysfunctional, according to Reuters: Thailand’s warning system includes warning towers, a network of detection buoys in the sea and public announcement systems. “Around 70 to 80 percent, or around 2,000 pieces, need to be taken care of. We set up this system since 2006 so it needs to be maintained,” Kobchai Boonyaorana, deputy director-general of the Disaster Prevention and Mitigation Department, told Reuters, referring to various equipment. “Batteries need to be changed,” he added, “I’ve ordered that this needs to be done urgently particularly in the southern region which is a tourist region. There might be some places where the equipment is damaged but not many places.

LIRNEasia Fellow to speak at APrIGF 2017 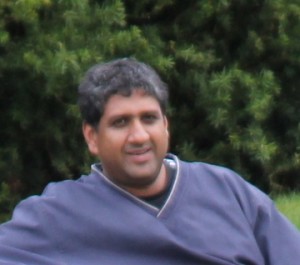 LIRNEasia research fellow, Nuwan Waidyanatha, will be part of a panel discussion on ‘Rapidly Reconnecting the Disconnected in Disasters‘ at the Asia Pacific Regional Internet Governance Forum to be held in Bangkok from 26 to 29 July, 2017. The session, titled “Cry for Help!” is meant to expose participants to low-cost, easy-to-use tech and foster an environment which challenges experts through dialogue and participatory exercises. “Rapid Restoration of Access to Telecommunication” (RREACT) – AP is highly susceptible to disasters. Telecommunications, as a critical infrastructure, is vital for crisis management.

What is the competition for international direct dialling into Myanmar?

Reading a story about how profitable DTAC in Thailand found the up to 5 million Myanmarese living in Thailand to be, I was reminded of what LIRNEasia-MIDO had submitted in response to the draft International Gateway regulations in January 2016. Imposing non-cost reflective termination rates for international incoming calls is counterproductive especially in the market conditions found in Myanmar where over 50 percent of the subscribers of major mobile network operators are daily data users. Most international communication will shift to “over-the-top” (so called OTT) services, accelerating the decline of the international communication services offered by fixed and mobile network operators. Toward the end of the story they do get to our point: DTAC’s main competition is arguably not other telecom operators but rather new technologies, which are making old-fashioned IDD calls an unnecessary expense. “Nowadays Burmese people in Thailand, whether they are migrant workers, activists or academics, are using less costly methods such as Facebook Messenger, Viber or LINE to communicate with friends and relatives in Burma,” said U Soe Aung, a long time Thailand resident and spokesman for the Forum for Democracy in Burma.

A carrier-neutral international cable that will connect Myanmar to Thailand and Malaysia is be operational by 2017. he story does not say anything about SEA-ME-WE 5, scheduled to be operational in 2016, and the AAE-1 cable scheduled for completion in Q4 2016. Nor is any mention made of the already built new links to China. Could this be because all the above except for SEA-ME-WE 5 are essentially cables that connect China to the world, which just happen to go through Myanmar? Any way, a carrier-neutral cable is always a good thing.

Thailand is only SE Asia winner in IDI stakes

We deal with a subset of ASEAN countries, the most prosperous among them being Thailand. So I looked at the performance of the not-so-rich ASEAN in the ICT Development Index. Thailand has advanced from 91st place in 2012 to 81st in 2013. Very significant. Then comes Viet Nam (101; down two places from 2012), Philippines (103; down one place), Indonesia and Cambodia holding steady at 106 and 127, respectively; Laos, down four to 134; and sadly Myanmar at 150, two places down from the last place in the region it held in 2012 — 148.

Is this a regional trend? I came across this report from Thailand, soon after reviewing a book of energy policy and politics by Minister Ranawaka from the JHU, the Sri Lankan political party which has monks in leadership positions and which got into Parliament by fielding an all-monk slate of candidates in 2004. The monk’s role in energy reform has surprised several people. Phra Buddha, who made a name for himself while leading a protest against the Yingluck Shinawatra government early this year, said he was now planning to champion for reform in this important sector. The monk had joined the People’s Democratic Reform Committee, led by former deputy prime minister Suthep Thaugsuban, who has now also taken up saffron robes.

It started with the infamous “SIM tax” in 2005. Although mobile covers nearly 100% of population and geography, a highly ambiguous Social Obligation Fund (SOF) was created in 2010. Consequently the telecom regulator has been illegally amassing huge wealth since 2011. Now the tax authorities have decided to impose 1% surcharge on mobile usage to “promote rural education.” And for the first time, the taxmen will be collecting a sector-specific toll.

Duenden Nikomborirak is a highly respected researcher. We have worked closely with her over the years. I was shocked to hear that the Thai regulatory agency had sued her (and the journalist who interviewed her) for libel. The robust debate and discussion essential for effective regulation cannot occur if researchers are sued for expressing their scholarly opinions. I am happy that the NBTC is withdrawing the case, but this is an action that should not have been taken in the first place.

Turbulence ahead for NBTC re Thai 3G auction

According a newspaper report, the design of the recent 3G auction is being investigated by the Anti Corruption Commission and the four members of the NBTC who approved the design may face suspension until the investigation is completed. Four members of the committee organising the third-generation (3G) auction last October may face an investigation after a panel found irregularities in the auction’s design. The subcommittee of the National… Full report.

Running a country on Skype

At LIRNEasia, we have had the making of place irrelevant as an organizational objective. We think we have more or less succeeded. But the government of Thailand seems to have done way better. Millions of people across the globe have cut the tethers to their offices, working remotely from home, airport lounges or just about anywhere they can get an Internet connection. But the political party governing Thailand has taken telecommuting into an altogether different realm.

The International Telecommunications Union – Development (ITU-D) sector recruited me to introduce ways in which the Common Alerting Protocol (CAP) interoperable emergency communication standard could be operationalized in the region. The audience comprised member state delegates from their respective telecommunications regulatory authorities and their emergency operations centres (or disaster management centres). The workshop: “Use of Telecomunications/ICT for Disaster Management” took place in Bangkok, Thailand; 20-23 December 2012. First, “CAP essentials” were introduced to the participants and then the policy and procedural steps for operationalizing CAP in one’s own country were explained. Thereafter, the participants assembled in to groups to experiment with the Sahana CAP- enabled Messaging Broker (SAMBRO).