Another justification for cell broadcasting

Here is what happened when someone in a probably tsunami impact zone received a warning from the authorities in British Columbia, Canada, a few days back: Meg Devlin, who lives near Victoria’s Gorge waterfront, said she was awakened by a message at 3:02 but didn’t recognize the phone number for Victoria’s Vic-Alert emergency notification service, so she ignored it. “I unplugged my phone and rolled over and went back to sleep,” Devlin told On the Island host Gregor Craigie. There is no way for anyone to recognize the “official” nature of a number sending a text in the middle of the night. The CBC News story goes on to talk a significant number of people in the probable impact zone who received the warning not through official channels, but through friends and people knocking on doors. Tanya Patterson, the City of Victoria’s emergency program coordinator, said the Vic-Alert system is one area for improvement in the city’s emergency response.

Every disaster and every false-warning incident is a learning opportunity. We have done these kinds of assessments after many disasters and false warnings sometimes at great length, as in the case of the 2004 Indian Ocean tsunami, and sometimes simply through a blog post. Our focus has been on naturally occurring hazards, but the recent false warning in Hawai’i was about an incoming ballistic missile. But since it was communicated over the Wireless Emergency Alert system or cell broadcasting, which we have been writing about since 2008 at least. The New York Times said: “The false alert was a stark reminder of what happens when the old realities of the nuclear age collide with the speed — and the potential for error — inherent in the internet age.

Of concern, but easier solutions are available for tsunami warning

The warning towers erected after the 2004 Indian Ocean tsunami are said to be dysfunctional, according to Reuters: Thailand’s warning system includes warning towers, a network of detection buoys in the sea and public announcement systems. “Around 70 to 80 percent, or around 2,000 pieces, need to be taken care of. We set up this system since 2006 so it needs to be maintained,” Kobchai Boonyaorana, deputy director-general of the Disaster Prevention and Mitigation Department, told Reuters, referring to various equipment. “Batteries need to be changed,” he added, “I’ve ordered that this needs to be done urgently particularly in the southern region which is a tourist region. There might be some places where the equipment is damaged but not many places. 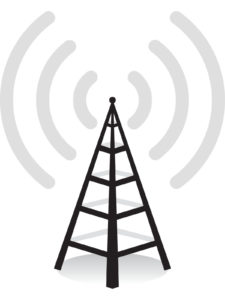 We at LIRNEasia have been promoting cell broadcasting for a long time. It is immune to congestion, message over it can be specific to location; and it does not require prior registration of numbers. It has thousands of “channels” and can therefore handle multiple languages, including those of tourists who are visiting. Therefore, we are very happy that Canada, which has supported our disaster risk reduction research is the latest country to get behind cell broadcasting: The Canadian Radio-television and Telecommunications Commission (CRTC) today directed all wireless service providers to implement a wireless public alerting system on their LTE (long-term evolution) networks by April, 2018. This system will allow emergency management officials, such as fire marshals and police agencies, to warn Canadians on their mobile devices of dangers to life and property.

Nalaka Gunawardene has published a piece in SciDev on the lessons from the floods/landslides. Nuwan Waidyanatha is in the Maldives at this moment advocating that they switch on cell broadcasting in the networks. In Sri Lanka, it’s on, but not used. The Colombo-based ICT research organisation LIRNEasia has also been promoting the use of cell broadcasting for disaster communications. In this method, mobile networks can be used deliver text messages simultaneously to multiple users in a specified area.

US gets fully behind cell broadcasting for early disaster warning

People ask me where cell broadcasting has been implemented. I’ve said Netherlands. But it actually had been implemented quietly in the US two years ago. The ad campaign to publicize it is being run only now. “Many people do not realize that they carry a potentially life-saving tool with them in their pockets or purses every day,” said W.

With slow-moving Sandy leaving New York State, they are counting the dead. It appears that 22 people died. Each death is a tragedy that the disaster managers would have loved to avoid. But can you imagine what the toll would have been if not for extensive planning and early warning? The word “cell broadcasting” is not used in the piece from the Atlantic that I am quoting below, but it is quite clear that she is talking about cell broadcasting, a topic we have researched and written about extensively.

There was a small but high profile Government Transformation Forum organized in Kovalam, Kerala, Feb 5-6, 2012. The Kerala Chief Minister and the Minister in charge of IT made appearances and the high-profile MP of the area, Dr Shashi Tharoor, delivered the keynote address and showed deep engagement. I chaired the session on international and Indian best practices and made a presentation based primarily on the experiences of designing e Sri Lanka back in 2002-03 and LIRNEasia research. My key message was that there were no best practices that could be imported to Kerala. What were best were what fit the specific circumstances.

The government itself has found the early warning actions of the designated national authorities deficient and is talking of setting up workaround mechanisms. Nothing really new, other than sadness that seven years and large commitments of resources have not taken us much farther than we were back in 2004. What is even more worrisome is the lack of knowledge among all the parties about the available modes of communicating early warnings. No mention of cell broadcasting that is capable of delivering location-specific tailored information to all mobile handsets within the range of a base transceiver station. The journalist has done a good job except for repeating misinformation about poor communication infrastructure and access in rural areas.

Last week, b-mobile subscribers in Bhutan received a message that cell broadcasting had been enabled on the system. It was the same week LIRNEasia recommended that cell broadcasting was the best option for effecting public warning in the mountainous country that is vulnerable to massive flash floods known as Glacial Lake Outburst Floods (GLOFs).

Cell broadcasting gets a new boost, thanks to Pacific tsunami

The MIT Technology Review is taken seriously by many people, especially those who see technology as part of the policy solution mix. When it more or less endorses cell broadcasting as an effective public warning technology, citing our work to boot, we cannot but be pleased. The technology is also being tested in a very different part of the world in which disaster may strike with very little warning: Israel. EViglio is working on an SMS-CB system that will warn residents of incoming rockets within seconds after they have been fired. Testing of the system will begin in June 2011.

Early warning does not happen every day. So when hazards occur, it is important that the experience is analyzed so that future responses can be enhanced. Here is a report on how warnings worked (or did not) on the Pacific Coast of Australia in relation to the tsunami generated by the Chilean earthquake of Saturday. It is a pity that the potential of cell broadcasting that can be targeted to low-lying areas that are in danger, without knowing any of the numbers of the mobile phones belonging to the people physically present and without congestion. The Gold Coast authorities used SMS for 10,000 people.

Early warning: still hung up on sirens. Why not cell broadcasting?

It is disappointing to see sirens still being promoted despite the demonstrated problems. And I think Kogami was present at the HazInfo dissemination event we held in Jakarta. Patra Rina Dewi, director of the Tsunami Alert Community (Kogami), a nongovernmental organisation working on disaster mitigation training for communities, said the knowledge people most need is whether an earthquake has the potential to become a tsunami. The current standard for this is an earthquake that occurs less than ten kilometres below the seafloor and is recorded as more than seven on the Richter scale. “But this kind of information should be translated into easy information for the people,” said Patra.

CB [cell broadcasting] is an intrinsic feature of GSM, UMTS and IS 95 CDMA networks, and is thus available in the two Maldivian networks. But it must be activated. Most handsets are capable of receiving CB messages but the feature must be turned on. However, in the early stages, getting customers to turn on the feature could be an effective way of educating them of mobile-based public warning. Following stakeholder meetings that included sharing of information on the ongoing CB channel-standardization work of Study Group 2 of the Telecommunication Bureau of the International Telecommunication Union (ITU-T) and experience in attempting to use CB for public warning in Sri Lanka, the recommendations to TAM are being finalized.

In 1998, the principal journalist organizations of Sri Lanka agreed on the Colombo Declaration on Media Freedom and Social Responsibility. That served as a roadmap for some interesting and innovative reforms including the creation of a self-regulatory mechanism for print media in 2003. Of course, the reforms were not completed. In the hope of revising the text and energizing the reform effort, the Sri Lanka Press Institute organized a workshop, at which I was asked to speak. In light of the 15 minutes I was assigned, I decided to focus on SMS and cell broadcasting within the larger context of mobiles, a subject we are deeply interested in, rather try to cover the waterfront.

One and a half years after the 2004 Indian Ocean tsunami, the government of Sri Lanka stated that it had obtained funds for three warning towers and was on track to build 25 more by the second anniversary: The Ministry has already received funds from UNESCAP to build three tsunami warning towers in the Eastern, Northern and Southern Provinces and hopes to build another 25 towers by December 26 [2006] to mark the second anniversary of the disaster, according to the Times. We were skeptical and we were right. By September 12th, 2007, the day of the last false warning and erroneous government evacuation order, one tower was up. The one tower did not work. So now, one and a half years after that false announcement about 25 towers (and almost four years after the tsunami), we have a Cabinet decision: Cabinet approved a memorandum submitted by the Minister of Disaster Management and Human Rights, Mahinda Samarasinghe and the Minister of Local Government and Provincial Councils, Janaka Bandara Tennekoon, to accept the revised proposal to expand the Emergency Response Systems (ERS) currently in place by upgrading and establishing 14 fire and rescue stations, in addition to the 18 stations developed […]