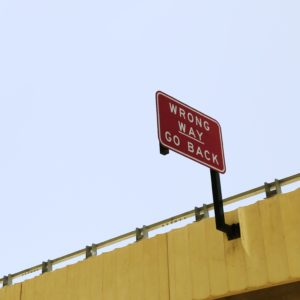 Another undersea cable for the Bay of Bengal

For some time we have been pointing to the fact that , the Bay of Bengal is one of the least connected by cable despite being home to six of the world’s 10 fastest growing economies. Something is being done about it: a private company and the Bangladesh government’s undersea cable monopoly are entering into a joint venture to connect the landing point of SEA-ME-WE 4 in Cox’s Bazar, Bangladesh, and the capital of the Rakhine State in Myanmar. The private entity will own 90 percent of the cable, presumably because BSCCL could not come up with more money. It is a good thing, and meshes with the UN ESCAP vision of a Asia Pacific Information Superhighway (AP-IS) which is redundant and low cost. The cable will be 250 kilometres long and will connect Cox’s Bazar and Myanmar’s coastal city of Sittwe, said Monwar Hossain, managing director of BSCCL.

This is a big deal. For all countries, but especially for Bangladesh and Myanmar which were hitherto dependent on a single undersea cable and few terrestrial links. Of course, construction being completed does not mean that the data is flowing at all points. That will hopefully happen quickly in all countries. If you read the full report, you will see that the international units of both China Telecom and China Mobile are investors in the consortium.

According to the government as reported by Eleven, there has been much progress made on beefing up Myanmar’s international backhaul. The report does not say what the terms and conditions of access to the backhaul is and whether the necessary licenses have been granted to make possible the use of AAE1 and SEA-ME-WE 5, which were initially conceived of as providing China with an alternative to the Malacca trap. Myanmar has expanded its fibre optic cable to 31,000 kilometres this year, according to the Ministry of Transport and Communication. Myanmar had only used the SEA-ME-WE 3 fibre optic cable previously, but people in the country will be able enjoy the benefits of the SEA-ME-WE 5 and AAE1 cables soon. The inland fibre optic cables link Muse and Myawady to Thailand, and in the 2015-16 fiscal year, a new inland fibre optic cable linked Tachilek to Thailand.

Given melting ice in the Arctic, cable laying ships are moving in. In the first phase northern communities are being connected. The plan is to extend to Asia, providing an additional layer of redundancy to international backhaul. In later phases of the project, Quintillion Networks will extend the network internationally to Europe and Asia, representing the first time the two continents will be directly linked by cable. In addition to cutting latency, these arctic cables add a layer of redundancy to our global communication systems.

Appears to have been landed at both ends, la Seyne-sur-Mer, in France and Tuas in Singapore. The contracts were let to different parties, Alcatel Lucent and NEC, for the France-Sri Lanka and Sri Lanka-Singapore segments respectively. It is not evident from the web that the landings have been made in Sri Lanka yet. SingTel has announced it has completed the landing of the SEA-ME-WE 5 subsea cable at Tuas in Singapore. The 20,000km Southeast Asia – Middle East – Western Europe 5 cable is expected to be complete by the end of the year.

A carrier-neutral international cable that will connect Myanmar to Thailand and Malaysia is be operational by 2017. he story does not say anything about SEA-ME-WE 5, scheduled to be operational in 2016, and the AAE-1 cable scheduled for completion in Q4 2016. Nor is any mention made of the already built new links to China. Could this be because all the above except for SEA-ME-WE 5 are essentially cables that connect China to the world, which just happen to go through Myanmar? Any way, a carrier-neutral cable is always a good thing.

The Packet Clearing House is a great repository of knowledge about the way the Internet is developing. Being a decentralized network there is no central entity that decides on things or even collects data about what is happening. So entities such as PCH play an important role. The recent UN General Assembly speech by President Rouseff was perhaps the strongest response to spying by the NSA. The commentary by Bill Woodcock of PCH provides an excellent framework to understand the issues.

War or no war, terrestrial cable across Iraq provides redundancy for Asia-Europe traffic

Led by Senior Policy Fellow Abu Saeed Khan we’ve been saying that Asia needs a terrestrial cable system to back up the submarine cables. By the time international government organizations get organized, the private workarounds will be fully operational. Like traders plying the ancient Silk Road, telecommunications operators routing bits and bytes from Asia to Europe and back have to pass through the Middle East, whose tricky geography and even more challenging geopolitics have sometimes made the region just as much of a bottleneck in the digital realm as in the physical world. When things go wrong, the consequences can be serious and far-reaching. In January 2008, for example, several underwater cables off the Mediterranean coast of Egypt were inexplicably severed.

In December 2005 Bangladesh became connected to the SEA-ME-WE 4 undersea cable, but it took much longer for the people of Bangladesh to actually use the connectivity, because the incumbent government-owned monopoly BTTB had not been able to connect the country’s networks to the landing station in Cox’s Bazar in time. I was invited to speak on this subject at a meeting in Dhaka at which the then Minister and other senior decision makers were present (they had little alternative, there was a hartal going on outside). These comments were written up as an op ed piece and published in the Daily Star that same month. In it I recommended the following: “Without lessening the urgency of reforming Bangladesh’s regulatory framework, the immediate problem can be addressed by structurally separating the cable segment (the share of the SEA-ME-WE 4 cable, the cable station, the fibre connecting the landing station to major population centers, the redundancy channels and related facilities) from BTTB, vesting its ownership in a fully government owned company. To ensure that the new company is truly separate from BTTB and that it is efficiently managed, it is necessary to concession out its management to a competent international operator […]