From Wasteland to Dreamland 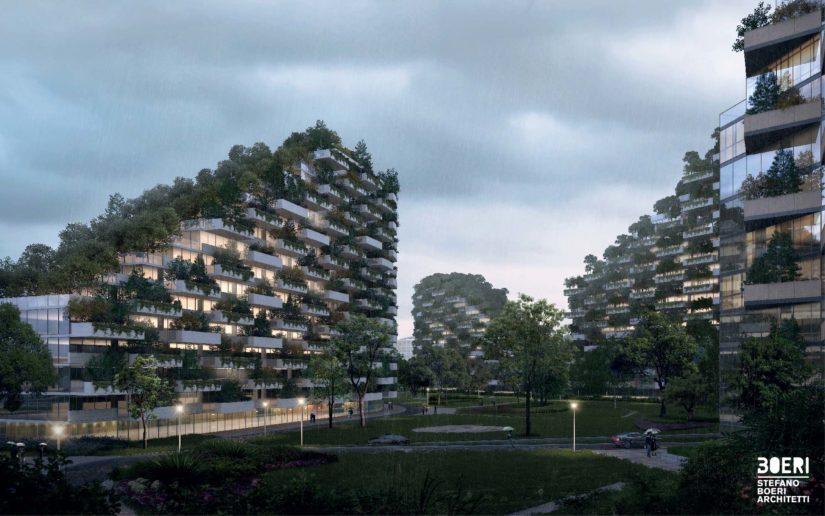 Less than 10 years ago, Wuhan, the capital of Hubei province, was an emblem of China’s growing problem of solid waste. Flooded sewage channels, pungent odors and a hideous landscape made the residents of Wuhan keep their doors and windows shut all the time. Before it was closed in 2005, the Jinkou landfill in Wuhan had accumulated more than 5 million cubic meters of garbage since its opening in 1989; even after its closure, more than 100,000 residents living in nearby areas had to deal with issues of gas pollution and pollutants leaching into groundwater.

But in 2018, at the Guangzhou International Award Ceremony for Urban Innovation, Wuhan became one of five winners from across the world, showcasing the same waste dump – which had now been transformed into a lush green garden full of cherry blossoms. Aerobic ecological restoration technology had made sixty percent of the living waste biodegrade within two years. A 24-hour methane-to-carbon conversion system processing 200 cubic meters of gas every hour, wastewater treatment facilities recycling 110 cubic meters of polluted water; all of these turned the great wasteland under Wuhan’s General Urban Planning scheme, back into something worthy of its ancient Chinese nickname of the “Dreamland with Clouds and Wetlands”.

Wuhan is not alone. Stefano Boeri Architetti has been making waves since 2016 with two projects in China: one, the ‘vertical forest’ in Nanjing – the first of its kind in Asia, built on the prototype in Milan.Two towers will host offices, a museum, an architecture school, a Hyatt hotel and restaurants, shops. Over a thousand trees will grow on the towers themselves. The firm plans to extend the concept into buildings in Shanghai, Guizhou, Shijiazhuang, Liuzhou, and Chongqing. 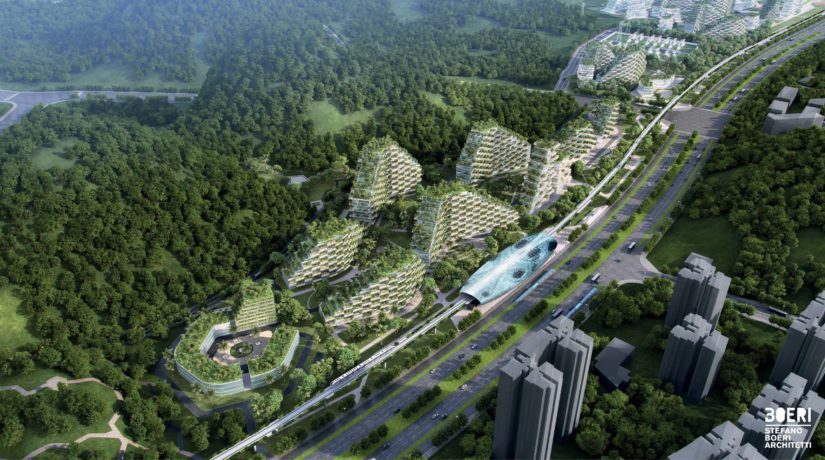 The other project is even more ambitious: a full-scale ‘Forest City’ north of Liuzhou, in the mountain area of Guangxi in the southern part of China. This 175-hectare project, approved in the 2017 Liuzhou Forest City Masterplan, is set to host 30,000 people,  40,000 trees and a cited 1 million plants. Projections set it to absorb almost 10,000 tons of CO2 and 57 tons of pollutants per year and produce approximately 900 tons of oxygen.

Multiple studies published recently point to developing Asia as the home to the lion’s share of the fastest-growing cities in the world [Core: THE MEGA-SPRAWL APPROACHES]. Compared to developed nations, the urban poor in developing countries suffers substantially more from mismanaged municipal waste. In addition to emitting pungent odors and contributing to unpleasant scenery, unsustainable managed municipal waste serves as a breeding ground for numerous vector-borne diseases, emit large amounts of the greenhouse gas methane and can be the cause of great civil unrest.

This urgency is felt across Asia and the Pacific. In poor corners of Eastern Indonesia, individuals can grow a “savings” account by recycling trash. These trash banks have now spread to Africa and other parts of Asia and achieve the triple benefits of helping the vulnerable, preserving the environment and changing the way people view waste.

Authorities in  Quezon City, Philippines, have implemented long-term and consistent social marketing campaigns across multiple generations about proper garbage disposal hoping to bring about lasting behavioural change. In Shanghai, China, strict laws on separation of waste were imposed recently, after a few months of awareness building. Meanwhile, Mahasarakham, Thailand and Kanpur, India have leveraged Public-Private Partnerships to fill skill and technical gaps, by letting contractors take full or partial control of waste management operations. Singapore, under the leadership of veteran urban planner Cheong Koon Hean (who now runs the Housing and Development Board), aims to be Asia’s greenest city

Several startups are also cropping up across the region tap into the economic opportunity created by waste. A Chinese company called Aihuishou has developed an online platform where companies can bid on the recycling and second-hand electronics of consumers, like laptops and mobile phones. Paperman, a Chennai-based organization in India, has helped spawn an alternate economy around trash by connecting households, local scrap dealers and non-profit organizations.

Clearly, a variety of solutions and actors exist. The question is whether they coordinate well enough to be effective. While some believe that it should not be hard to tackle municipal waste, practical progress has been slow. As the World Bank points out, effective waste management does not come cheap, sometimes comprising up to 50% of municipal budgets. It also requires the seamless operation of an integrated system which must operate efficiently.

Bereft of the overwhelming autocratic push that China is capable of, cities may find themselves too overwhelmed by the complex nature of what needs to be set in place. India and Thailand may be on the right track here: creating quick economic opportunity may spur public-private partnerships that can handle the most immediate aspects of the problem, while governments contemplate longer-term plans for what they want their cities to be. Should market controls be brought in to curb needless spending and the subsequent waste?

Or should softer approaches be taken? Like the recent #Trashtag challenge, a meme that went viral on Instagram, leveraged social capital to create a temporary movement resulting in the clean-up of beaches and tons of trash worldwide. Should such social engineering be launched more regularly and often?

This is no easy task. Authorities tasked with fighting waste are fighting against an economic system which is built on the take-make-consume-dispose model, and people find it difficult to shake off habits empowered by billions in marketing. Various researchers, artists, and creators have preached anti-consumerism; should governments or non-governmental organizations actively indulge in reshaping attitudes and tastes through the education system, for instance? Can the disruptive tendencies of startups be leveraged to break this generations-old consumerism? These questions may be the only way of breaking the vicious cycle in which we seem to be engaged. After all, as Uruguayan writer, Jorge Majfud once pointed out, “Trying to reduce environmental pollution without reducing consumerism is like combating drug trafficking without reducing drug addiction.”