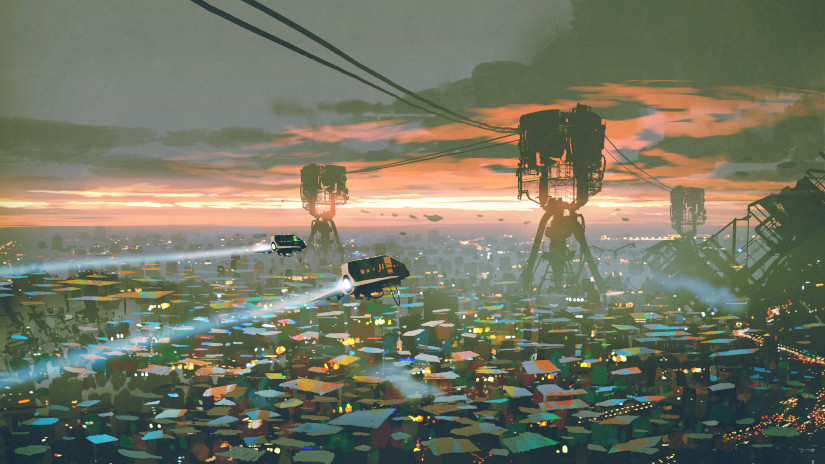 “The only ones left in the city are street people, feeding off debris; immigrants, thrown out like shrapnel from the destruction of the Asian powers; young bohos; and the technomedia priesthood of Mr. Lee’s Greater Hong Kong. Young smart people like Da5id and Hiro, who take the risk of living in the city because they like stimulation and they know they can handle it.”

One of the problems of increasing populations [Core: FEEDING THE BEAST] and increasing economic activity [Core: THE NEXT BIG ECONOMY] is that more and more people tend to flock to economic centers.  This sparks urbanization, which forces these areas to grow both vertically and horizontally. This is how towns become cities, and cities become behemoths. After all, people need places to stay, roads to travel on.

For some statisticians, urbanization is good.  There is an undeniable link between economic activity and urbanization; most of this urban growth will come from the fastest-developing economies in the APAC region. CitiBank’s analyses expect Mumbai, Jakarta, and Kuala Lumpur – all growing cities – to rise in their holistic competitiveness rankings by 2025, with Singapore retaining its global #3 spot just below New York and London. This gives rise to all sorts of ambitious ideal cities for the near future – vibrant city centers and downtown districts; green spaces; great restaurants, entertainment, and shopping; a future where walking, biking, and public transit will comprise the vast majority of all trips taken; decentralized energy structures.

Reality in the APAC, however, is not an architect’s dream. Managing growth in the Asia Pacific is a phenomenal challenge, touching everything from housing to business growth to transport networks. The root of the problem is the mass migration that begets urbanization: it leads to overcrowding, poverty and overwhelms a government’s ability to provide basic services. The management and control of this phenomenon lead to two things: either megacities – planned, controlled, effective – or sprawling megaslums with their own informal billion-dollar economies, such as in Mumbai. 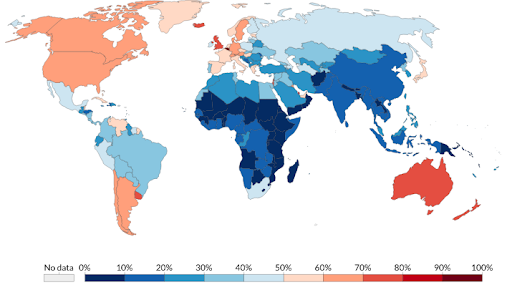 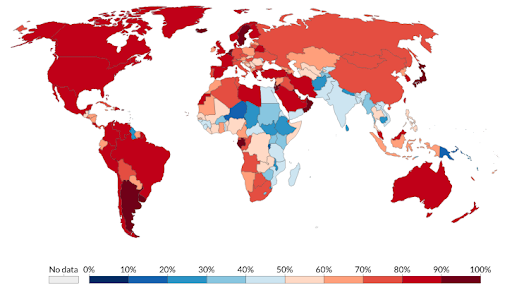 Figure 1: Share of the World’s population living in urban areas, 1950 vs. 2030 (Source: Our World in Data, https://ourworldindata.org/urbanization)

Today, the APAC region is home to 6 of the world’s 10 largest cities: Tokyo, Delhi, and Shanghai. Delhi, saddled with a population of over 27 million, sees more than 700,000 people joining them every year; to quote Hardeep Singh Puri, India’s Minister for Housing and Urban Affairs, in a Bloomberg investigation: “Between now and 2030, we need to build something like 700 to 900 million square meters of urban space every year, which means one Chicago every year…can this be done? I don’t think that’s an appropriate question — you have no option but to do it.”

Another is Dhaka, an even greater example of unmanaged urbanization gone wrong. Dhaka pairs weak transport infrastructure with uneven service provision: As the World Bank notes, “only two-thirds of the city is covered with piped water, just 3%-4% of all wastewater generated is treated, and only 60% of municipal solid waste is collected; severe traffic congestion is endemic, a consequence of inadequate infrastructure and public transport relative to the high population and economic density; . . . [and the city has] air pollution levels eight times higher than WHO guidelines“. And Dhaka is not just vulnerable to infrastructure planning: it is highly affected by climate change and environmental disasters, all of which also exacerbate its disease problem. All of this in one of the most densely populated cities in the world.

Stories like these may become the defining narrative of cities in the APAC: two billion urbanites already live in the region – half the entire world’s population of urban dwellers. This number is expected to increase by another 700 million by 2030. By two out of every three people are expected to be in an urban area. While slum formation does not have to go hand in hand with this growth, the fact remains that in many developing countries, it has been a persistent trend.

Figure 2: Urban growth in Binhai China between 1992 and 2012 captured by the Landsat Satellite (Retrieved from https://abcnews.go.com/Technology/photos/changing-face-earth-images-29676665/image-urban-growth-china-29676799)

Rapid urbanization also presents tremendous challenges for law enforcement and international security. Rapidly growing cities become hubs of violence, or inextricably linked to them. The World Economic Forum notes the drug trade, organized crime, and radicalization in cities like Karachi, Nairobi, Rio de Janeiro, and Cape Town; policing areas like these is going to be a costly affair, and require heavy use of information sharing and processing; but it is necessary, as the level of disruption and destruction that can be done to a concentrated population is devastating. The vertical Sprawl of William Gibson’s work, where a vast, mazelike, feral slum extends both upwards as well as horizontally, shows hints of what the future might be – and it’s a world where death lurks around every corner and nonstate actors take on the functions of the state.  Unmanaged, potential megacities, like stars burning themselves out, may collapse in on themselves and turn into such megaslums instead. 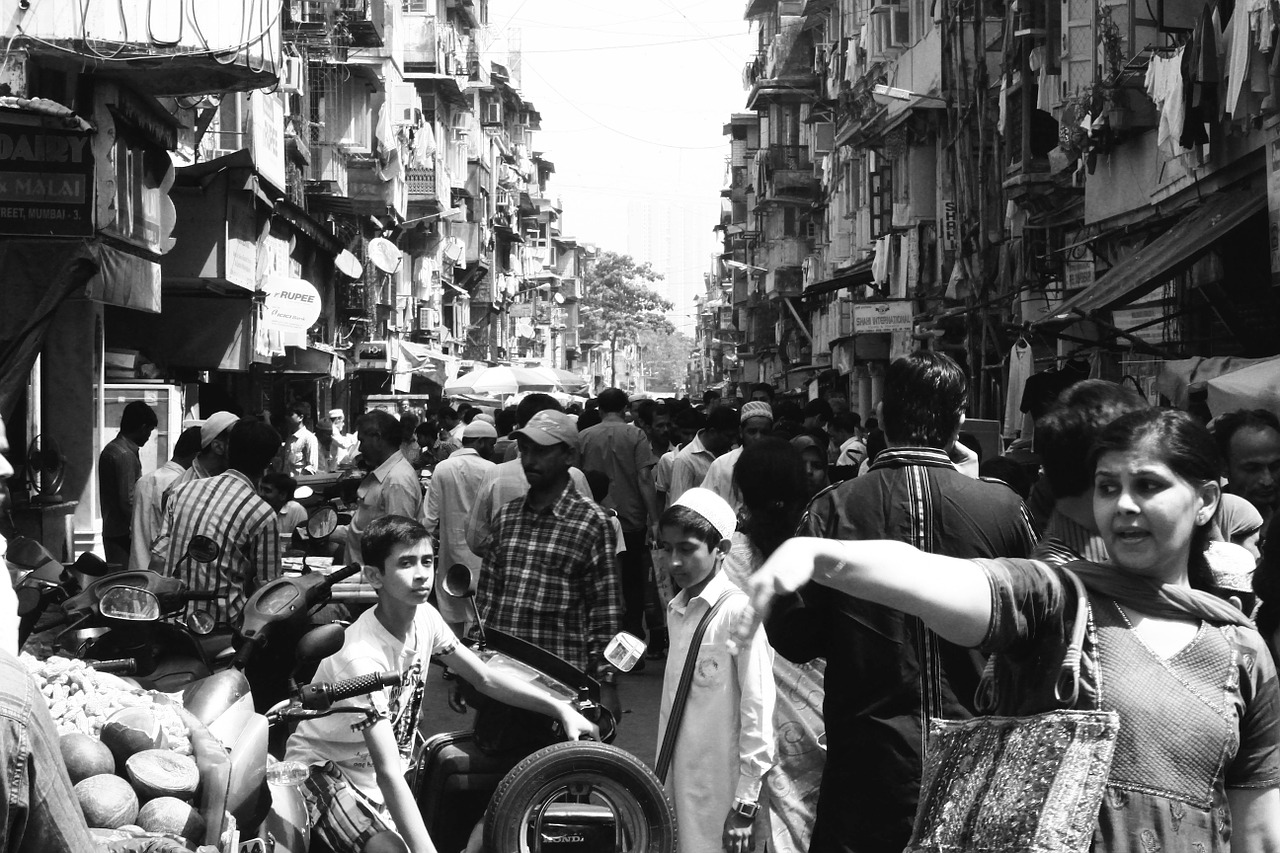 Image by PDPics from Pixabay

As a secondary effect, this growth is expected to push more economic and political power to cities. This is not surprising; cities have traditionally been the engines of economic growth, and have reaped rewards accordingly. Historically, in South Asia, this rise in the importance of cities has also been met with political pushback from rural areas. As these cities gain more humans, more political power, and more economic investment, we expect this political tension to increase.

Governments across the region have recently created policies to attempt to maximize the benefits of urbanization whilst minimizing the costs. India, Pakistan, Bangladesh, and Nepal have each drafted policies attempting to transform their cities into effective drivers of progress and growth.

However, these soft responses are, given the status quo, less effective. The scope of urbanization problems is being met with even larger reactions. China, the juggernaut of change, is creating the Unborn Cities – newly built, almost empty cities standing with barely a fraction of the people they were supposed to host. A precedent for these cities may be seen in the annals of Shanghai’s history, from the mudflats on the other side of the Huangpu River, where a development project created “the skyscrapers [that] sat empty — the steel and glass husks of an unrequited dream of development.” Today, that area of Shanghai is the financial center and an unmistakable part of the skyline. Photographer Kai Caemmerer’s exploration of the Kangbashi District of Ordos, the Yujiapu Financial District in the Binhai New Area near Tainjin, and the Meixi Lake City near Changsha  show gleaming infrastructure waiting for people to come by and take up residence. However, not all is rosy in this narrative: China is left to deal with ghost towns – once-thriving settlements emptied of all people, leading us to question whether this wholesale construction of cities is the wisest path going forward.

India, the other driver of change, prefers to a Kali-like approach to the problem – both destruction and creation. Asher Ghertner, who heads the South Asia studies programme at Rutgers University, points out that since 1995, Delhi has seen increasing demolitions of slums under a form of class warfare. Middle-class citizens write petitions against nearby slums under India’s nuisance law –  “any act, omission, injury, damage, annoyance or offence to the sense of sight, smell, hearing or which is or may be dangerous to life or injurious to health or property“. Delhi’s also has a decades-old policy of demolishing slums wholesale whenever it is deemed of public interest, as per the Master Plan for Delhi 2021. At the same time, India began running a competitive Smart Cities initiative that redesigns spaces, offering better core infrastructure functionality – water and electricity supplies, efficient sanitation, solid waste management, public transport, healthcare and education facilities and affordable housing for a cited 99 million people – although only some 18% of the initiatives have actually been finished, highlighting a reality in India – Pratap Padode, founder-director, Smart Cities Council India, offers that “it’s almost impossible to undertake development across an entire city without bringing it to a grinding halt.”And Amaravati, the much-lauded smart city-slash-capital of Andra Pradesh, a project that once had significant World Bank backing, has gone from a utopic dream to an underfunded failure.

Singapore is often the envy of the world in matters such as this. Its public housing public housing took the city-state from slums to apartments in a generation, despite present rough patches. Urban planners have access to sophisticated modelling provided by Dassault – a virtual twin of Singapore that incorporates even such details as wind flow (an approach that the controversial Amaravati project seems to be attempting to replicate). But the magic there, some may point out, is long-term political commitment and very small population.