Government should consult with those who know, before making ecommerce policies 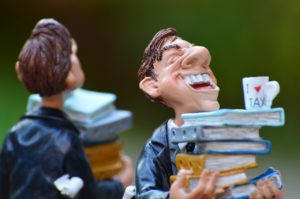 The ill-considered proposal in the 2017 Budget to compel all e commerce transactions to be conducted over a yet-to-be-designed government platform has come up for discussion again. Lahiru Pathmalal, CEO of Takas, one of the Sri Lanka’s more visible e-commerce businesses had this to say to the Sunday Times: “What is ideal is a tax holiday for e-commerce/tech related business that makes heavy investments into growth,” he said. “There has been discussion in regard to travel related booking engines being taxed such as AirBNB and Bookings.com. I believe taxing of booking engines is be ill timed,” he claimed.

I did not have the opportunity to study the draft NTP during its brief airing, so I will not comment on the document itself or on my colleague Abu Saeed Khan’s comments. But if it does not void the counter-productive Internation Long Distance Telecom Services policy, it cannot deliver. Once approved, the revised policy will supersede the one of 1998. Yet the International Long Distance Telecom Service (ILDTS) Policy of 2010 remains applicable. This controversial policy was enacted by the unelected and unaccountable government during 2007-08.

Just a few days ago, the big data team posted some thoughts on how TRAI could analyze the one million plus comments it received in response to its consultation paper on OTT services. The Business Standard has extensively quoted from that collectively authored suggestions on how technology could help productively mobilize the flood of citizen ideas enabled by technology. Last year, the corporate affairs ministry had commissioned a platform to receive responses on the hundreds of sections and sub-sections of the Companies Act. The platform, built by Corporate Professionals, allowed section-wise responses; it classified responses under different heads such as drafting errors and conceptual issues. Further, separate log-in ids were provided for different sections of stakeholders.

How can TRAI make sense of nearly 1 million submissions on net neutrality?

The news reports suggest that TRAI has already received nearly 1 million submissions to its recent “Consultation Paper on Regulatory Framework for Over-the-top (OTT) services” that has sparked a heated debate on net neutrality. In addition to drafting a response ourselves, we also turned our attention to the problem of analyzing such a large volume of responses. Significant amount of time and effort would be required to read and interpret, as well to even formulate a basic general outline of what the public and other stakeholders are trying to say. To put it mildly, TRAI is going to have its work cut out if they are to give each response due justice. Current and former researchers from our big data team, Kaushalya Madhawa, Danaja Maldeniya, and Nisansa de Silva brainstormed a technology augmented approach to the problem of analyzing the responses.

Last week I did a colloquium at LIRNEasia based on the second revision of the RTI Bill. Before I got around to doing a post, the third revision made its way out of the bowels of government. Significant improvements have been made, for which the Secretary of the Ministry of Media and Information should be congratulated. If only the rest of government followed his consultative approach, we’d be in much better shape with regard to the Constitutional and other reforms being rushed through by the interim government. The bill as its stands, including some comments and criticism, are analyzed here.

In November 2013, the Myanmar Ministry of Communication and Information Technology called for comments on a set of draft rules that would govern the liberalized telecom sector. LIRNEasia submitted Comments on Draft Rules Dec 2013_1 covering all but one of the topics.

With four days to go Bangladesh government consults on WCIT

When I gave a talk a few months back at RMIT in Melbourne about how we engaged governments with policy-relevant research, a senior person in the audience said that we seemed to be having greater success in getting the government of Bangladesh to pay heed to evidence than they did in Australia. Proving him half right, the Bangladesh Telecom Regulatory Commission has convened a stakeholder meeting to obtain input for the country’s position at WCIT in Dubai. Now if the government actually votes against the ill-thought out proposals by the Arab and African states to impose access charges for Internet content, my Australian colleague will be proven 100% right. A recent report on the subject in Daily Star. Abu Saeed Khan, a senior policy fellow of Colombo-based think tank LIRNEasia, said the Bangladesh government has ignored the ITU’s directive that instructed it to consult the ITR issues with its citizens.

Bangladesh: Basic argument against proposed VAS licensing rules appears to have been accepted

In May LIRNEasia responded to a consultation on proposals for VAS licensing in Bangladesh. Our response received wide coverage too. It appears that we (among others) may have influenced the government’s response, as reported in the Daily Star. The telecom ministry will form a five-member panel to examine the issues related to mobile phone value-added service (VAS). The decision came yesterday at a meeting attended by Bangladesh Telecommunication Regulatory Commission (BTRC) and ministry officials and representatives of mobile operators and content developers.

India’s government culture is among the most open to consultation in the region. Consultation is a legal requirement for TRAI. There is no equivalent of the Administrative Procedures Act, but nevertheless the Department of Telecom has given a month for comments to be submitted on the National Telecom Policy 2011 draft. All good. The problem is the online interface through which comments have to be submitted.

In what appears to be an affirmation of the value of consultation, it appears that the government of Bangladesh is rethinking the confusing and counter-productive license renewal draft issued late last year. Telecoms Minister Rajiuddin Ahmed Raju told reporters that the guideline drafted by the Bangladesh Telecommunication Regulatory Commission would be revised. “The radio spectrum price as well as other charges would be determined after another meeting with the finance ministry,” he said. “Fees will be reconsidered and kept at rational level.” Telecoms Secretary Sunil Kanti Bose, chief executives of the four mobile operators and BTRC representatives were present at the meeting.