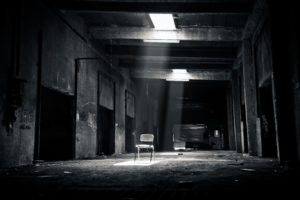 The consequences of throwing the kill switch on the Internet are set out in Gyanendra’s Law and its various exceptions. In this context, an interview with the editor of the Kathmandu Post who experienced the throwing of the kill switch in Nepal by King Gyanendra himself is illuminating: UA: What was the impact of the internet shutdown on the media? PP: It was very, very difficult. At the time, all our correspondents were using the internet to send news and it became very chaotic to manage the newsroom. We were not in a position to send reporters to events.

Last week I was told that the authorities/companies in Gujarat had succeeded in shutting down Internet without shutting down voice service. This was thought to be some kind of technical achievement. Now it’s on the other end of India. With the death of 1 more person, the death toll in Churachandpur district during the current violence has increased to 8. Curfew is still on with heavily armed state and central forces personnel patrolling the streets.

Iran backs off from tireless efforts to slow down the Internet

Iran has released 3G and 4G frequencies. It is now possible to share pictures taken by one’s phone. The Islamic Republic has eased up on its efforts to strangle the Internet, while not actually killing it. I’ve been talking about this off and on. But, Iran has added a new twist.

FCC seeks to define when mobile networks can be turned off

Assailing the shutting off of mobile networks in Egypt and Libya and then allowing the same to be done by the Bay Area Rapid Transit Authority was hypocritical. But American hypocrisy has limits. They have launched a public-comment process to define the terms. When will we see such actions in the developing world? The Federal Communications Commission is reviewing whether or when the police and other government officials can intentionally interrupt cellphone and Internet service to protect public safety.

It seems that all governments under threat fear communication media. Instead of the kill switch, Cameron of the UK seems to be proposing a narrower ban: social media use by miscreants. How does this work? Does the government know who is planning mayhem and who is not? Does it shut down base stations in affected areas, or does it target specific people?

China is a big country. By definition, its ethnic conflicts are localized. The newest is Inner Mongolia. And the mobile networks are being shut down, only in the affected region: “First they shut down our Internet, then they interrupted our cellphone service and finally they imprisoned us at school,” said the student, an intense, foppishly dressed literature major who was not on campus when the lockdown took effect last Saturday. “The students are afraid, but more than that, they are angry.

The al-Assad government in Syria appears to be responding to the use of ICTs by citizens unhappy with the political status quo more intelligently than its fallen counterpart in Egypt. The Syrian government is cracking down on protesters’ use of social media and the Internet to promote their rebellion just three months after allowing citizens to have open access to Facebook and YouTube, according to Syrian activists and digital privacy experts. Security officials are moving on multiple fronts — demanding dissidents turn over their Facebook passwords and switching off the 3G mobile network at times, sharply limiting the ability of dissidents to upload videos of protests to YouTube, according to several activists in Syria. And supporters of President Bashar al-Assad, calling themselves the Syrian Electronic Army, are using the same tools to try to discredit dissidents. In contrast to the Mubarak government in Egypt, which tried to quash dissent by shutting down the country’s entire Internet, the Syrian government is taking a more strategic approach, turning off electricity and telephone service in neighborhoods with the most unrest, activists say.

It seems like overkill when there are only 50 subscribers to Twitter in the whole country, but the Cameroon President seems ultra insecure. He should be, perhaps. He has been in the same job since 1982, a West African Ben Ali. And predictably, the Minister of Communication has equated the President’s security with that of the Nation. What next?

Shall we all agree to let the Internet be a free space for expression?

Since Harvard Forum II, we have been engaged in a low-key conversation about the liberating potential for ICTs, especially networks. For understandable reasons, the pace has picked up in recent times, especially in relation to the use of the kill switch by cornered tyrants. Now here’s a piece that is relevant to the discussion about the companies responsible for the networks we debate on and debate about: But three years later, the effort known as the Global Network Initiative has failed to attract any corporate members beyond the original three, limiting its impact and raising questions about its potential as a viable force for change. At the same time, the recent Middle East uprisings have highlighted the crucial role technology can play in the world’s most closed societies, which leaders of the initiative say makes their efforts even more important. “Recent events really show that the issues of freedom of expression and privacy are relevant to companies across the board in the technology sector,” said Susan Morgan, executive director of the initiative.

Breaking the chokehold on communication

In a recent piece in Himal, I summarized the ideas I have been developing on the nation state and its control of telecom networks used by its citizens. The thesis was that in countries above a certain threshold of electronic connectivity, shutting down networks was futile. The regime would fall. Now here’s a new spin. A proposal to ease the pressure of the Qaddafi’s chokehold: As a result, democracy demonstrators have had a harder time communicating with one another, while foreign correspondents in Libya have found it nearly impossible to report on events fully.

The Secretary General of the International Telecommunication Union is elected every four years by governments who have paid their dues to the Union (or have had it paid on their behalf). This does not make him a natural advocate of anything revolutionary. Yet, this is what he says: There is no alternative, suggests the secretary general. “Once people have tasted the goodies of education and communication you can’t cut it off. If you cut it off you’re gone, and that’s what happened in Egypt,” says Touré.

Did China shut down the telecom system during the Tiananmen crackdown in 1989? There was no Internet to shut down back then. This time around, they seem to be adopting a gradualist response, according to NYT: The words “Jasmine Revolution,” borrowed from the successful Tunisian revolt, were blocked on sites similar to Twitter and on Internet search engines, while cellphone users were unable to send out text messages to multiple recipients. A heavy police presence was reported in several Chinese cities. In recent days, more than a dozen lawyers and rights activists have been rounded up, and more than 80 dissidents have reportedly been placed under varying forms of house arrest.

Countries that have a level of international connectivity above that of Burma and North Korea have so far been subject to Gyanendra’s Law. You pull the kill switch. You look for a new job. Now Muammar Qaddafi has decided to the test the law. Libya’s main Internet service provider, General Post and Telecommunications Company, began to cut Internet access on Friday, said Earl Zmijewski, general manager with Internet monitoring company Renesys.

Gyanendra’s Law states that a government that shuts down its entire national telecom network does not survive. The resignation of Hosni Mubarak affirms the law. Named for the last King of Nepal. Could have been called Jaruselzki’s Law, but Nepal could do with some visibility one thinks. And it is a toss-up which tyrant’s name is harder to pronounce.

What is the level of competition that makes a kill switch tough to throw?

How many Internet providers does your country have? If five your government can do a Mubarak. However many you have, if they all go through one or two choke points as in Bangladesh, easy. The big lesson of Egypt may be less the danger of overmighty government than what it shows about how national authorities can (and can’t) close down the internet. The authorities there simply told internet service providers (ISPs) to switch off their computers.

Role of ICTs in revolution

Telephone networks were shut down when Lech Walesa was leading the workers of Gdansk against the Polish government in the early 1980s. King Gyanendra shut down the mobile networks of Nepal a few years back. It is not the first time that telecom networks have been shut down by governments with their backs to the wall. Reflections on the Egyptian shut down should be read in this historical context. The key difference is that Egypt was perhaps at a qualitatively higher level of ICT use when they hit the kill switch.