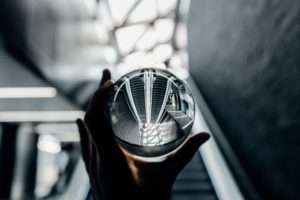 This post is part of series of responses to observations made during a discussion on the “Aluth Parlimenthuwa” show on TV Derana. Read Part II here. There is value in engaging with people with different worldviews. I had such an opportunity during a rare television talk show on ICT issues on Derana. A senior policymaker in the science and technology policy area stated that ICT-related exports were not in the top ten only to be quickly corrected by two other panelists. 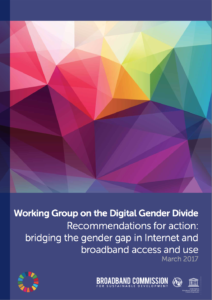 The Broadband Commission’s “Working Group on the Digital Gender Divide” is now available online. Our CEO, Helani Galpaya, consulted as an external expert to the commission on this document. The report highlights the need for urgent action to bridge the digital gender divide, and makes broad recommendations to governments/policy-makers, the private sector, NGOs, IGOs and the academia, in the following areas: Collecting and understanding the kind of data that reflects gender disparities in internet and broadband access as well as use Involving women and other relevant communities in the process of developing digital strategies, policies, plans and budget Addressing the digital gender divide in terms of key barriers including problems with accessibility, affordability, safety of use, digital skills and relevance of content Enhancing cooperation between stakeholders to share good practice and lessons Read the full report here. See more of our work on the digital divide here.

I had heard about papers on Islamic science policy being picked as best papers and given prominence over conventional social science papers at an international conference organized by a Malaysian university. But my first direct experience of this indigenization trend came at the international conference I spoke at last week at Manipal University. A faculty member from a university in Nepal presented a paper that sought to position communication policy within some kind of Hindu scriptural framework. I thought it was just a harmless oddity and tuned out, until I heard the professors in the audience make earnest attempts to respectfully engage with the reformulation of communication policy according to scriptures. The questions were about the nation state, which is the necessary context of policy, which was the theme of the conference.

While the aviation sector is “Trying to make sense of the new TSA electronics ban” – the submarine cable industry is sending an SOS. The Trump administration may ban the usage of any ship that deploys or maintains the submarine cables, unless it is built in a U.S. shipyard. It also mandates that minimum 75% of the crew are to be the U.

It has been the common position of OECD member countries to oppose mandatory data localization. Data localization flies in the face of the logic of cloud computing. Microsoft has fought the US government on the issue in courts. Yet, when Canada wants data localization, they acquiesce. In response to the mounting public concerns, leading technology companies such as Microsoft, Amazon and Google have established or committed to establish Canadian-based computer server facilities that can offer localization of information.

In a recent talk, I described the value of thinking about Internet companies such as Facebook as producers of meso-audiences: “The only revenues that come to the Internet companies are from advertisers. . . . They can describe the meso-audiences in much greater detail than can the mobile operators and can offer raw material for the production of audiences unlimited by national boundaries.

Core functions of government, illustrated by what could be done with money-losing postal service

The distinction between public goods and activities with significant positive externalities was developed in conversation the our Advisory Council Member Randy Spence. I used it develop a schema that people could use as they think through what government should and should not do. I illustrated the positive externalities discussion using the postal service, because it had explicitly come up in discussions within a statist political party. People are used to government-operated postal monopolies. In country after country, they are losing money and failing to provide services of adequate quality.

A window to discuss public intellectuals

We talk about time-bound opportunities that open up for effective policy intervention: policy windows. Similar “windows” open up in public discourse. One needs to grab them before they disappear. Of course, one can seek to expand and shape the window as well. Few days back, an online publication carried a few pieces on public intellectuals.

LIRNEasia CEO Helani Galpaya was invited to a panel discussion titled “Is Innovation Sexist” in celebration of International Women’s Day.  The event was held in Ottawa, Canada on the 8th of March, It was inaugurated by Celina R. Caesar-Chavannes, M.P., Parliamentary Secretary to the Minister of International Development.

Consolidation in the face of disruption

Reliance shook up India’s markets once, with what appeared to be an oxymoronic strategy of limited mobility. It worked. The market was transformed and the effects reverberated across the developing world. In a different guise Reliance is back. The market is being transformed.

In the talk that I gave at Manipal University, I emphasized the significance of audiences in today’s economy. Here is a piece that highlights what appears to be a counter-trend. Yet for much of that time, the business side of culture looked under assault. The internet taught a whole generation that content was not something you really had to pay for. So for years, digital content companies — especially those in the online news business — looked doomed to pursue a scale-only, ad-based business model.

India has 55,000 villages without mobile signal

India was reported to have had 638,596 villages, of which 593,731 are inhabited according to the last census. Over 9 percent of the inhabited villages, 55,000, are said to lack mobile coverage. Sinha said that, according to the 2011 Census, there are 55,000 villages that don’t have mobile connectivity. The government, he added, had drawn up a plan to ensure the villages are brought on the mobile telephony network, especially in hilly areas and Left-wing extremism-affected regions. Congress member Renuka Chowdhury pointed out that mobile towers had been destroyed in Maoist violence.

A US lawmaker’s comment that people should give up their smartphones and pay more for health insurance has led to an outpouring of statements about the utility of the many uses that can be made of smartphones: “A cellphone is a lifeline,” said Myla Dutton, executive director of Community Action Provo, a food bank and social-service nonprofit. Jose Valdivia, 61, said he wouldn’t be able to quickly look up the latest engine modifications when he was repairing sport-utility vehicles at the mechanic’s shop where he works. His wife said they wouldn’t be able to send photos to relatives in Mexico City. The couple spoke as they waited for an appointment at a free health clinic run by volunteer nurses and doctors two nights a week in Provo. Not surprisingly, smartphones abounded in the waiting room.

LIRNEasia research on free and subsidized data use in Myanmar released

LIRNEasia is carrying out research on the use of promotional and free data use in Myanmar and India. The results from our work  in Myanmar have now been released. This piece of research was carried out with financial support from Mozilla, the Google Policy Fellowship program, the UK Government’s Department for International Development, and the International Development Research Centre, Canada. We found that differently designed zero-rated promotions elicited different behavioural responses from users. Noteworthy was that many respondents were unaware of content offered by MPT’s Free Basics other than Facebook.

Thoughts on taxes on mobile services

We’ve written a lot about taxes on this site. We’ve even showcased studies that showed optimal revenues for government were not obtained by raising taxes. But the current Finance Minister in Sri Lanka does not appear to hear any of this. But we keep hoping. So here is another nuanced contribution from Gabe Solomons.

The platform economy and the role of insurance

Our work on online freelancing also served as a probe on the emerging platform economy. Contrary to many concerns in the developed market economies, we found that almost all those participating in online freelancing were staying with their parents and doing the work part time. Concerns with variable income, uncertainty and difficulty in establishing credit were present, but in attenuated form. Which got us thinking about insurance as a mechanism to address those problems. Of course, health is one of the biggest uncertainties.