Celebrating another giant leap of mankind

Microsoft, Facebook and Telxius have confirmed the completion of 6,600km-long (4,100 miles) subsea cable construction. It spans from Virginia Beach, USA to Bilbao, Spain reaching depths of 11,000 feet below the surface. The cable named Marea, which means tide in Spanish, is the highest capacity cable to cross the Atlantic, offering up to 160Tbps. It is expected to be operational by early 2018. Read more. 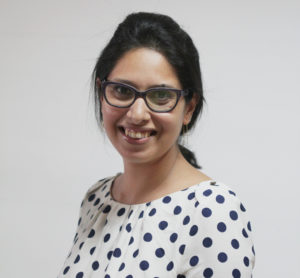 The Development Bureau of the International Telecommunication Union (ITU - BDT) took a significant step towards more inclusive ICT price basket (IPB) benchmarking methodology, last week. All member states will adopt the methodology in 2018. Our research manager Shazna Zuhyle led the sub-group which presented the recommendations at the Expert Group for ICT Indicators (EGTI) meeting in Geneva.

Serious efforts are being made in India to move people away from cash. When I was changing money at Chennai airport for a two-day visit, they foisted a debit card on me. But tourists are a minuscule part of the Indian market. It appears there will be a lot of innovation and competition in that space: The launch of Tez sees Google compete with payment services already available from mobile operators, traditional finance providers, e-Commerce companies and mobile wallet specialist firms including Paytm – which so far has 200 million users. Additionally, chat apps with huge user-bases are at various stages of entering the fray.

I was pleased to that the journalist had chosen to report on how we obtained the data on the massive amounts of money lying fallow in government accounts. More researchers should consider using RTI requests to obtain data. “The money has been collected, and it’s in the Treasury not being spent,” LIRNEasia Chairman Professor Rohan Samarajiva said at the 2nd Sri Lanka Broadband Forum organized by the Telecommunication and Digital Infrastructure Ministry and Huawei. According to Telecommunications Regulatory Commission data he obtained through a Right to Information request, the government had collected US$351 million by the end of 2015. Sri Lanka’s Universal Service Fund is less burdensome on telecom companies—compared to other countries where a fee is levied from annual revenue—since just US$ 0.

Presentation: Understanding the Myanmar telecom environment with emphasis on users

It is sad that government suppliers shielded from competitive pressure do not learn, and keep repeating the same mistakes. Our Senior Policy Fellow Abu Saeed Khan has several comments in this Daily Star piece about the problems with how SEA-ME-WE 5 has been handled by the government companies. Though the task of laying the second submarine cable up to Kuakata landing station in Patuakhali was completed eight months ago for Tk 660 crore, the cable could not be connected to the inland network due to the BTCL’s failure to ensure an uninterrupted inland link. The government announced inaugurating the commercial use of the cable in mid-March. Later, it deferred the date to July 31.

Managing relationships with Ministries and Presidents: contributing to policy development

We have been thinking about insurance in the context of disasters ever since the 2004 Indian Ocean tsunami. Recently, we discussed insurance as part of the work we did for ESCAP on resilient ICT infrastructure. There, we came up against the problem of concentrated damage and difficulties of spreading risks discussed in relation to flood insurance in the Economist: Another obstacle is that flooding is very heavily concentrated and owners of high-risk properties are far more likely to seek insurance, making it difficult to spread risks. But other countries show how private insurance markets can play a bigger role. In Britain private insurers include flood coverage as part of standard policies, so risks are distributed across a wider pool of policyholders.

Elements of a broadband policy for Sri Lanka, based on LIRNEasia’s regional research

Agenda – Broadband Forum 2017 It has been a while since we have engaged with telecom policy and regulation in Sri Lanka. The Ministry of Telecom and Digital Infrastructure invited me to speak at their flagship event sponsored by Huawei. Our research has been on broadband in countries in the region. So the talk seeks to draw out the lessons from the region for Sri Lanka.