Yesterday I was at the launch of a report on cloud computing by the Lee Kuan Yew School of Public Policy funded by Microsoft in Manila. Listening to the presentations and then reading the report, I was surprised that there was no discussion whatsoever on any risks that may come with a move to cloud by developing countries. I had written such a discussion for UNCTAD a few years back and blogged about it subsequently. But it’s too easy to beat up on other people. We should always apply these kinds of tests on ourselves.

Two and a half weeks after the Sri Lanka Broadband Summit, the coverage continues, this time in the highest-circulation English language newspaper, the Sunday Times. The Sri Lankan government should be focusing more on investment and not subsidies to develop telecommunications in the country, says Rohan Samarajiva Chairman of LIRNEasia. Addressing the second Broadband Forum held at the Galle Face Hotel in Colombo recently Mr. Samarajiva said that the Government said, “The Sri Lankan government should focused more on investment and not subsidies. Taxing incoming and outgoing calls in this day and age is silly.

The decision of a significant court case with relevance to regulatory practice was issued recently. The Chairman and Director General of the Sri Lanka Telecom Regulatory Commission were sentenced to jail and were required to pay substantial fines after being found guilty of criminally misappropriating USD 3.9 million from the stand-alone fund of the Commission. Because this is of relevance to regulatory practice, I wrote up a short note and am thinking of fleshing it out as a journal article. Suggestions and comments are welcome.

I was pleased to that the journalist had chosen to report on how we obtained the data on the massive amounts of money lying fallow in government accounts. More researchers should consider using RTI requests to obtain data. “The money has been collected, and it’s in the Treasury not being spent,” LIRNEasia Chairman Professor Rohan Samarajiva said at the 2nd Sri Lanka Broadband Forum organized by the Telecommunication and Digital Infrastructure Ministry and Huawei. According to Telecommunications Regulatory Commission data he obtained through a Right to Information request, the government had collected US$351 million by the end of 2015. Sri Lanka’s Universal Service Fund is less burdensome on telecom companies—compared to other countries where a fee is levied from annual revenue—since just US$ 0.

Innovation as a selling point for a country

Many see the promotion of innovation simply in terms of increasing reported R&D expenditures. I disagree. That is why I like the Global Innovation Index which is a composite index that looks not only at inputs, but also at outputs and innovation efficiency. Sadly, Sri Lanka is failing according to the GII. When compared with lower-middle-income countries, Sri Lanka is not in the top ten in anything.

Use of knowledge in economic reforms

“We are very poor. We have lost touch with the world. We need the World Bank to catch up.” This is a quotation from Julian Gewirtz’s book, Unlikely Partners, that I will be using in my keynote address at the University of Peradeniya Humanities and Social Sciences Conference on 28 July 2017. It was in a conversation between Deng Xiaoping and Robert McNamara.

We spent a lot of time thinking about service-quality in relation to electricity and telecom services in 2012-14. We organized the 2013 SAFIR core training course around the theme of service quality. But the work has more to contribute. The current controversies around private medical education has brought to the fore many neglected issues related to service industries, including the question of service quality or standards. The op-ed seeking to respond some of these erroneous claims states: As shown by the example of automobile service above, the burden on the regulatory agency is much less when competition exists. 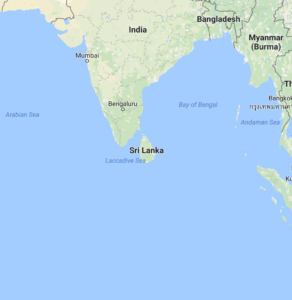 Below is what I planned to say when introducing a panel on foreign policy for national development at the Lakshman Kadiragamar Institute on the 29th of June. Given time constraints, I did not say it all, but it reflects what I did say. Sri Lanka is like Greater Mumbai. Our small size as well as our location define our position in the world and determine our foreign policy. As we become wealthier as a country and as individuals, much of our consumption is of foreign made goods.

Looking for something in my files, I found this conference paper that is almost 10 years old. The organizers pressured me to write it but then they did not keep their side of the bargain and publish the proceedings. It requires a few hours of work to make it up to date. The basic structure is fine, and could even be used to assess the WTO compliance of other countries that have made telecom commitments. Pity it never saw the light of day.